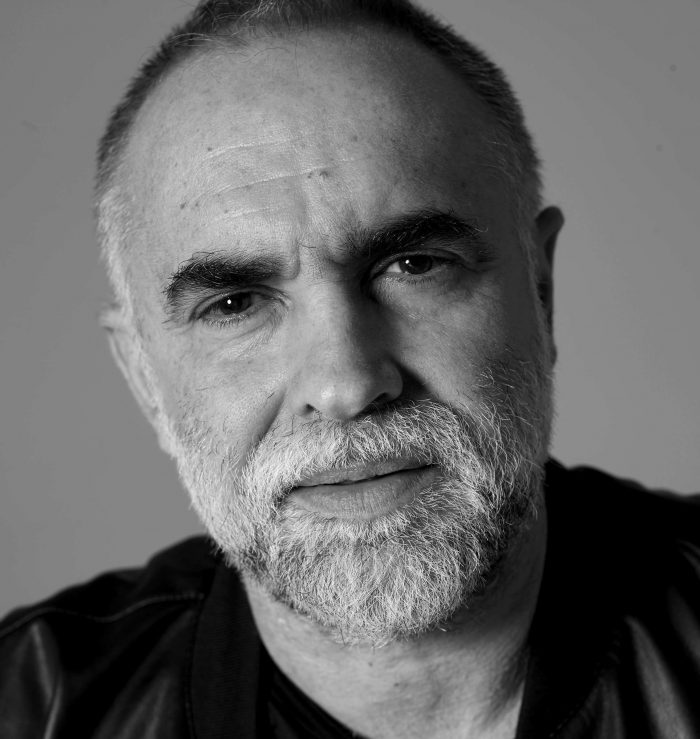 Anyone who has seen even one Karim Aïnouz film feels that the director is capturing stories not with his camera but his heart. Seamlessly gliding from one project to another, this artist combines the best parts of a documentarian and fiction filmmaker. The complementing sides of his filmography enter into fertile dialogue, feeding off on each other. With their atmospheric visuals and variations on the road movie genre, his documentaries resemble fictions, whereas in his dramas, the free-form observation of the characters and authentic capturing of historic eras avoid the artificial pitfalls of fiction.

Born in the northern coastal city of Fortaleza, Brazil, Karim Aïnouz initially studied architecture, like his compatriot Fernando Meirelles (our guest in 2019). His eye for architecture has come in handy in the collaborative documentary project Cathedrals of Culture (2014), with such co-directors as Wim Wenders, Robert Redford and Michael Glawogger, and the documentary about Berlin’s Tempelhof Airport, Central Airport THF (2018).

His film studies took him to the United States, where he worked as an editor and in the camera crew of Todd Haynes’ breakthrough film Poison (1991). Like Haynes, Aïnouz has been a central figure in portraying the LGBTQ topics of the era. The experimental and personal short documentary Seams (1993) is seen as one of the seminal films produced by the AIDS era. It paved the way for his debut fiction Madame Satã (2002), selected for the Un Certain Regard section of the Cannes Film Festival and winning several awards around the world. This portrait of a famous criminal and cabaret artist set in the hot, bohemian alleyways of Rio de Janeiro turned international audience’s attention towards Brazil as a noteworthy filmmaking country, and is still considered an important film about issues of race and gender in global film history.

After his debut fiction, Aïnouz created installations exhibited around the world and travel films hovering between fiction and documentary, such as Suely in the Sky (2006) and I Travel Because I Have To, I Come Back Because I Love You (2009). These films grounded on visual atmospheres liberated Aïnouz’s fiction narration in a way evident in Futuro Beach (2014), which premiered in competition at Berlinale. The story, studying themes of immigration through an intensive romance between two men, isn’t spelled out to the viewer, but the couple’s relationship is advanced more in between edits than on screen.

In 2015, the death of his mother pushed Aïnouz to delve into the past and tell the slowly disappearing stories of the elderly generations. The result was the deeply moving tropical melodrama The Invisible Life of Eurídice Gusmão (2019). Set in the 1950s, the film is a story of two sisters who are pulled apart because of their father. The resulting pain pierces through decades and generations, but the hope for a reunion is never extinguished. This magnificently shot melodrama which won the Un Certain Regard section at Cannes, is a masterpiece blowing through all eras and emotional scales.

The most recent documentary made in the spirit of The Invisible Life of Eurídice Gusmão, Mariner of the Mountains (2021) is a dive into the history of emotions, haunting at the junctures of time and family relations. This companion piece of sorts is a personal exploration spanning generations and decades, an intimately essayistic documentary film with beautiful imagery that is bound to enthral every fellow traveller.