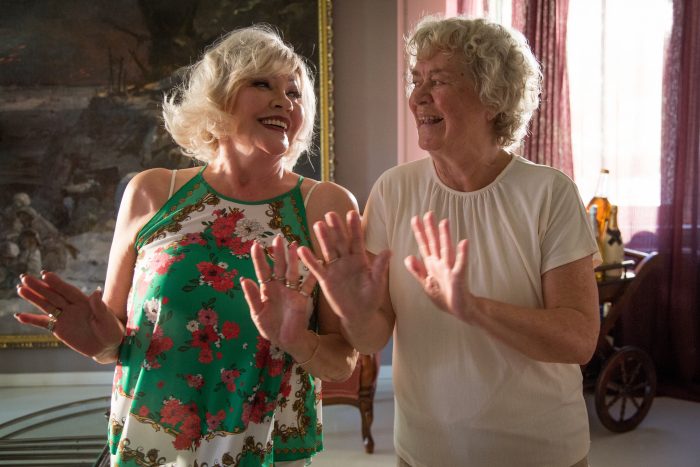 A 60-something-year-old Seija Kuula (played by the luminous Hannele Lauri), a fictive Finnish pop singer, meets the young and charming Lauri at a co-writing session and a romance sparks up between the two musicians. As an independent show business queen, Seija struggles to find her place in the new relationship but finally decides to give love a chance.

Though the title may try to prove otherwise, the age difference between the two main characters creates some friction in their love life as Lauri tells Seija about his desire to become a father one day. The forward-thinking lady she is, Seija quickly finds a solution to the conflict. Soon her friend and stylist, Shanella, is added to the picture. Unexpectedly, Lauri’s mother brings another level to the equation as she makes Seija face her difficult past.

The romance between an older man and a young woman is a canonized account that has been so dominant in cinematic history that one may recognize it only once witnessing a story in which gender roles have been flipped upside down. Thus, 70 Is Just a Number is not only a dramatic comedy full of unexpected events, but a fresh take on what a romantic relationship or a family construction can look like. (Venla Aho)