A PIECE OF SKY 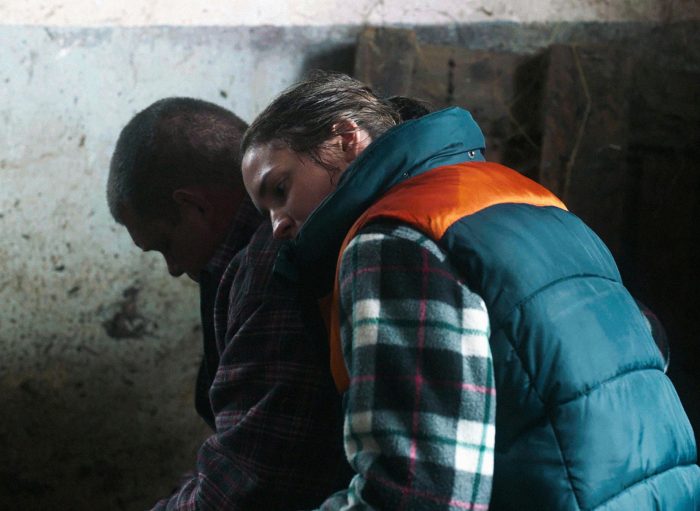 The majestic scenery of the Swiss Alps brings a certain flair – that is if the viewer isn’t suffering from a fear of high places – into Michael Koch’s drama awarded at the Berlin Film Festival. The mountain range is basking in sun rays, while a tragic seed is weaved within the film: A Piece of Sky tells a love story between mail carrier and waitress Anna, and a closed-minded farmworker Marco in a secluded village in the course of three winters.

Even though the film isn’t built around illness per se, the romance between Anna and Marco starts to be overshadowed after Marco is diagnosed with a serious illness. In the beginning of this unlikely relationship there seems to be enough affection and love even after suspicions of unproven sexual abuse come into the picture as a subtle sideline.

Koch places in the beautiful milieu songs sung by a live choir, as intermediate commentaries within the narration. On paper this might sound artificial but comes across as an unforced and creative solution. A Piece of Sky succeeds in depicting working in a realistic way as a ‘common’ people’s film played by amateur actors should.

The achievements of a Swiss cinema have remained in the shadows even at MSFF since the days of Alain Tanner and Claude Goretta (guest at the festival in 2007). That gives even a greater pleasure to welcome Michael Koch (b. 1982 in Luzern), a new breakthrough director who already established his talent with his short films and debut feature film; Marija (2016) – a story about a Ukrainian sex worker in Dortmund. Koch is from the German speaking area of Switzerland, and he studied film in Cologne in 2003–2008. He left theatre and acting early on and stopped acting in films after just one successful comedy and two TV films – even though already in 2004 he was named as one of the Shooting Stars of Berlin Film Festival. (Timo Malmi)