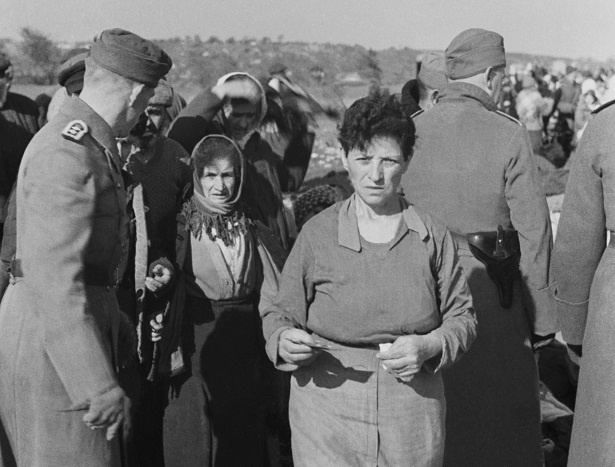 Awarded at several festivals, known for his documentary as well as fiction films, Sergei Loznitsa truly became a phenomenon in 2019 with his shocking compilations of archived material: The Trial was compiled of Stalin’s authentic show trials in the 1930s; State Funeral of the funerals and memorials of Spring 1953. They both portray the spirit of tightly secured life in Soviet Union. The documentary Maidan (2014) and the excruciating fiction Donbass (2018) unfurled the situation in Ukraine.

Ukraine is also the location of his film which premiered in Cannes: Babi Yar. Context. The film was made in collaboration of the Babi Yar Holocaust Memorial Center in Kyiv. Their approach is neutral: Loznitsa sheds light on the mechanisms that led to the mass murder of over 33,000 Ukrainian Jews in September 1941 with a compilation of original materials, some of them previously unpublished. Faithful to his style, Loznitsa does not comment on what happened, but leaves the responsibility of opinion to the audience. Of the witness testimonies we hear from the trials in 1946 and after, the most chilling one is the businesslike clarification of events by SS officer Hans Isenmann. The guilty parties are sentenced to death, but nothing will bring back the victims of Babi Yar.

Sergei Loznitsa was born in 1964 in Soviet Belarus and grew up in Ukraine. After graduating in mathematics from Kyiv in 1987, he worked with artificial intelligence as well as translating Japanese. In 1991 he enrolled at the Moscow Institute of Cinematography, graduating in 1997. After working in Russia for a while, Loznitsa and his family moved to Germany in 2001. After Russia invaded Ukraine in February 2022, Loznitsa resigned from the European Film Academy as a protest to the Academy’s mild reactions and as support to Ukraine, but he also said that Russian filmmakers should not be judged based on their nationality. In turn, Ukrainian Film Academy expelled Loznitsa for not supporting the boycott of Russian films. (Mia Öhman)