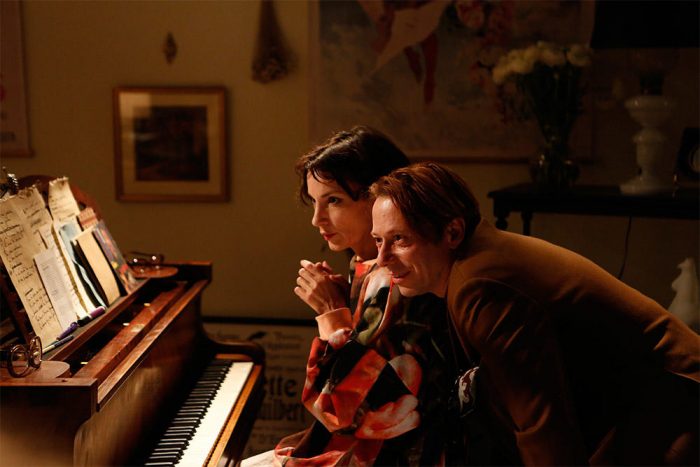 This film, named after Barbara (the stage name of Monique Andrée Serf, 1930–1997), a singer-songwriter and poet, earned the director Mathieu Amalric the prestigious Louis Delluc film award. In France, Barbara is an icon comparable to the likes of Serge Gainsbourg and her life story is well known. But Amalric isn’t interested in portraying traditional biography. Instead, Barbara is a fascinating multi-layered meta film about creation, interpretation and experience of art; from the perspective of an actor, director and also the viewer.

The dazzling Jeanne Balibar plays Brigitte, who has a lead in a film about Barbara. Brigitte strives to absorb Barbara’s appearance and gestures to the last detail, and Balibar – also known as a singer – is astonishingly accurate in appearing like her role model. Amalric himself plays Yves Zand, director of the film and Barbara’s great admirer.  “Are you making a film about Barbara or about yourself?” is Brigitte’s key line to which Zand responds: “It’s the same thing.” The shared personal background of the filmmakers brings some extra layers to the dynamics of the director and actor: Amalric and Balibar used to be a married couple.

Authentic archive material of the real-life Barbara, scenes from Zand’s fictional film and the phases of filmmaking overlap resulting in an original, warm tribute to Barbara as well as to Balibar. Barbara’s music in the film is performed by both stars. (Suvi Heino)