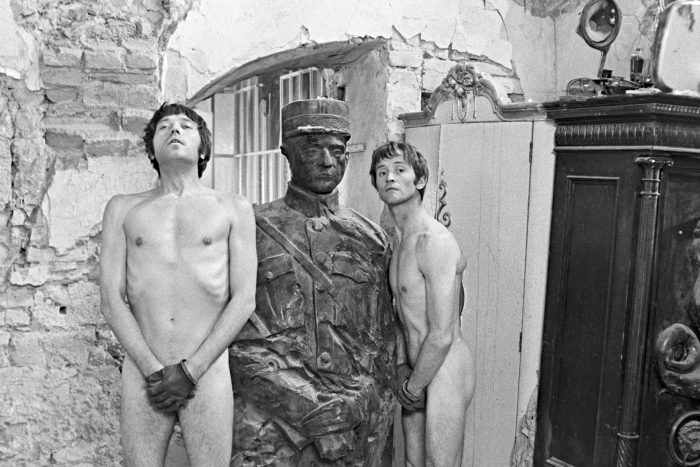 If Elo Havetta was the light that died too soon, Juraj Jakubisko was the hope that faded away – despite being the lone Slovak director generally remembered as being a key figure for the ČSSR’s New Wave. That these days mentioning of Jakubisko’s name tends to provoke disgruntled frowns has as much to do with his public and private conduct in recent decades as with a feeling that he’s artistically running on empty for too long, creating gargantuan but empty replicas of his great works for too long, with his last masterpiece having been Tisícročná včela (The Millenial Bee, 1983), followed by some dross and two more better films, Sedím na konári a je mi dobre (Sitting on a Branch I Am Fine, 1989) and Lepšie byť bohatý a zdravý ako chudobný a chorý (It’s Better to Be Wealthy and Healthy Than Poor and Ill, 1992), before Capitalism came and took what little was left in him.

But, yes, once upon a time he made films like Vtáčkovia, siroty a blázni, detailing the surreal adventures of three war orphans wandering a landscape of devastation and despair, staying alive by refusing to take any of this serious – they’re fools, maybe holy maybe not. When the film was released in the autumn of ’69, many read this artful fairy tale as a report on the country’s current situation – a landscape after the battle where only jesters did not fear to tread. (OM)