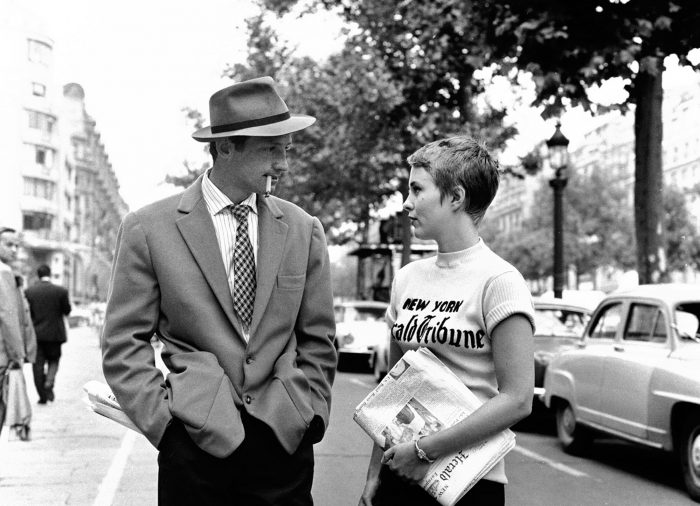 This cutting edge of the French New Wave struck like a bomb when it premiered – and it hasn’t aged a day! Michel Poiccard (Jean-Paul Belmondo), a small-time criminal aimlessly wandering the world, accidentally kills a policeman, runs from the growing media circus to the Parisian underworld, and attempts to advance his relationship with the American Patricia (Jean Seberg), who dreams about becoming a journalist. The moral stance of these two restless philosophical creatures living in the moment might not hold up in the daylight, but the scenes of building their relationship, peaking between hotel curtains, are industry classics.

Every single word and gesture of the fascinating main couple anticipates a cruel finale. But more importantly, they are indifferent in the face of the inevitable: what’s more essential than the fear eating away your soul, is to live your life! Despite the treachery of the vile woman, Michel chooses his own destiny. Freedom can only become complete once you let it go. (Lauri Timonen)