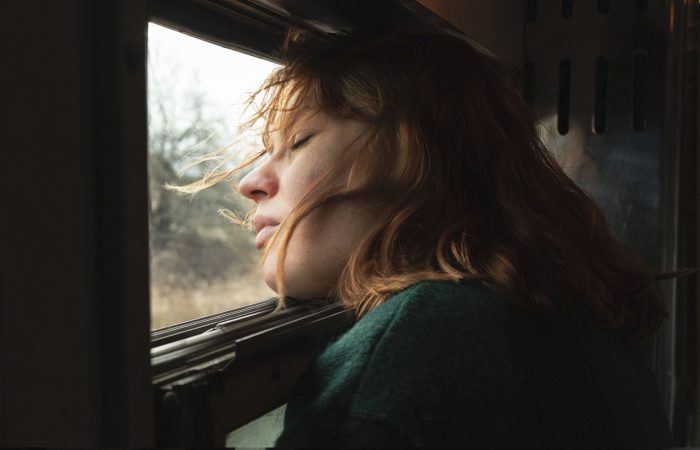 Compartment No. 6 is the second feature film by Cannes winner Juho Kuosmanen. Laura (Seidi Haarla) leaves her lover in Moscow to travel to Murmansk in search of petroglyphs, and in the train compartment she meets Russian Lyokha (Yuriy Borisov) who at first seems like a troublemaker.

Along with the fantastic lead actors, the cinematography by JP Passi is spectacular. Their seamless co-operation turns the mundane moments of individuals under difficult circumstances into something bigger, universal, and meaningful. Despite taking place on a train, the film doesn’t get stuck on realism. When stepping out of the microcosmos of the carriage it opens into full bloom, as do the people. We are as much in the middle of harsh wilderness as we are beside archaic culture. Despite being an uncompromising art film, it is also a rewarding experience for the audience. References to popular culture (Roxy Music, Desireless, Titanic) are playful but not over the top.

After The Happiest Day in the Life of Olli Mäki (2016), his new film elevates Kuosmanen to a new career level. Despite this travel movie taking place after the collapse of the Soviet Union, Russia’s invasion of Ukraine did not render it obsolete but made it even more interesting. (Hannu Björkbacka)