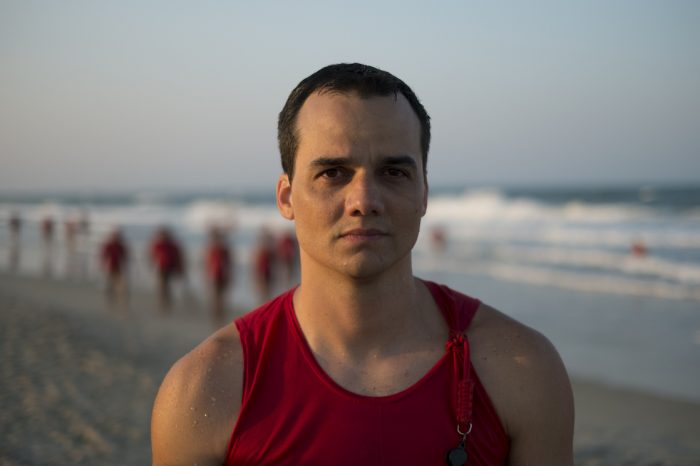 For the lifeguard Donato (Wagner Moura of Narcos and Tropa de Elite) the sea is both his office and his spiritual home. After a failed rescue operation, a German tourist drowns, and Donato feels the urge to change the course of his life. While the body is still being searched, Donato gets acquainted with the tourist’s friend Konrad. They end up having an affair and Donato decides to leave his life in Brazil and follow Konrad to Germany. In Berlin, far from the sea, he is like a fish out of water and gets frustrated about being an outsider.

Experiences of immigration and exclusion are extremely vast themes, yet Futuro Beach manages to examine these timely topics in various ways. The story and the themes are not spelled out and underlined: the main couple’s passionate relationship with all its details and stages develops in the space between scenes rather than on screen. Thus, the audience is given the freedom and the responsibility to draw their own conclusions of what happens.

The director of such a cosmopolitan film has soulmates in modern European masters. The random encounters and ghosts of past relationships set the beginning point for the film and bring to mind Christian Petzold. The aerial narrative and the sun kissed bodies of the lifeguards remind us of Claire Denis’s classic Beau Travail. The visually sensitive depiction of masculinity opens petal by petal as this intimate relationship drama progresses. (Otto Kylmälä)