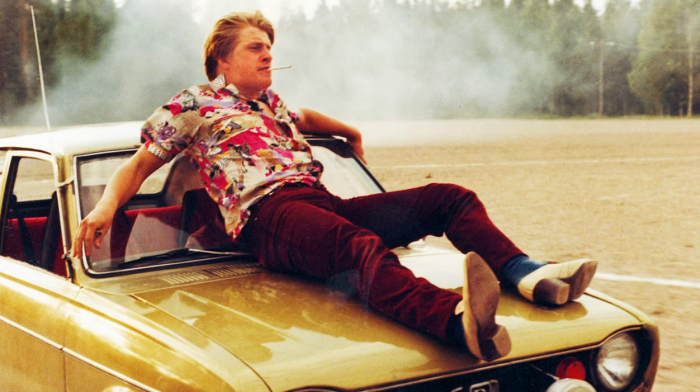 Gotta Run!, which brought director Mikko Niskanen his sixth Jussi award, is a potent look into Finland of the early 1980s. Three young men (Timo Torikka, Tero Niva and Heikki Paavilainen) return from military service to their rural hometown and must face some life choices. Having received no education, they are equally disinterested in continuing their mundane lives in the small local community. Instead, they want to see the world. Relying on fate, some of them end up on a Norwegian oil rig and others in Gothenburg to drink booze in parks. Early twenties turn out to be something quite different than an exotic adventure, but as it is in Finnish baseball, when all bases are loaded, you gotta run!

As a depiction of youth, the film is just as impressive as Niskanen’s 1966 success Under Your Skin. Thematically, the film resembles Tapio Suominen’s Gunpoint which premiered three months earlier, while the scenes set in Norway recall Jaakko Pyhälä’s Jon (1983). Still, this is a unique film combining the melancholic portrayal of youthful indetermination with touches of humour.

Screenwriter and assistant director Matti Ijäs brought additional credibility to the film, which was filmed partly in the Central Finland region Niskanen himself was from. The second most watched Finnish film on the year of its release, Gotta Run! features music from Mikko Alatalo that creates a fitting soundtrack to the nostalgic trip into dying agrarian Finland. (Joonatan Nikkinen)