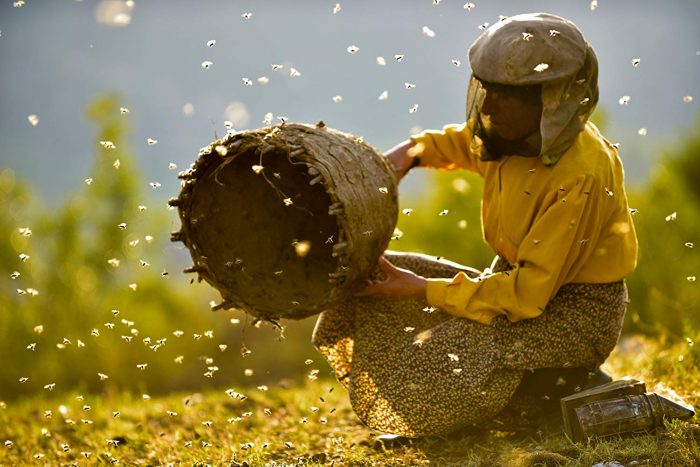 Though fictional films are in the heart of MSFF, some examples of the year’s best documentary films are also screened (other than films about moviemakers, too), such as Macedonian Honeyland which was awarded at Sundance film festival. The director couple Tamara Kotevska and Ljubomir Stefanov seem to have come to a wider attention out of nowhere and have been making films for only five years (Besides Honeyland, Kotevska has made a few short films), but this piece created over the span of three years by a six-person film crew is perfectly successful.

Honeyland tells a story of “Europe’s last female wild-bee keeper” but simultaneously brilliantly depicts the contradictions between ecology and economy without pointing fingers, concentrating on the actions of the characters. A memorable character, around 55-year-old scarf-headed Hatidze Muratova tirelessly collects honey in the mountains using traditional methods and takes care of her partially blind 85-year-old mother in a room-like home that is stripped of any comforts.

The solemn peace crumbles as a Turkish family of seven children move into the neighbourhood. In order to make a living, father Hussein begins to compete with Hatidze in beekeeping – though shortsightedly, without thinking about the preservation of the bees. Life proves to be stranger than fiction as we melancholically delve into the strikingly calm and intimate documentary about Hatidze’s gradually disappearing form of life. (TM)