L.A. WITHOUT A MAP 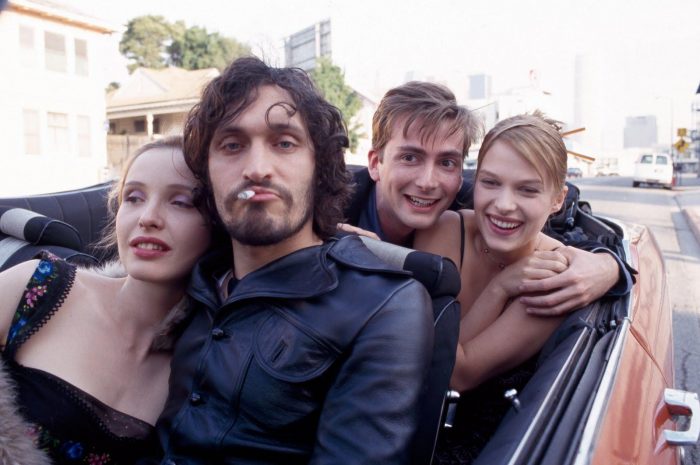 Original name: L.A. without a Map

Mika Kaurismäki’s romantic comedy L.A. Without a Map begins on the British Isles: Richard (David Tennant) is an undertaker who dreams of being a writer. One fine day Richard’s life is turned upside down when American beauty Barbara (Vinessa Shaw) steps onto his graveyard. Richard falls in love in an instant and follows her to Los Angeles, leaving behind his job as well as his girlfriend who he was supposed to marry. A journey to the City of Angels, a land of dreams, begins.

Kaurismäki satirises Hollywood, a place where parties are full of superficial and successful but untalented people wasting their time on pretending to be great artists. Open narcissism shines on the faces of these actors and directors who have no sense of self-doubt, even if all their ideas come straight from the lobotomy department. Richard begins to see what love brings along: he grows jealous of Barbara.

Featured in the film are the Leningrad Cowboys and Johnny Depp, playing himself and Richard’s imaginary friend in a small role. Seen at first only on a poster of a Jim Jarmusch film, Depp later materializes into one of the film’s characters. Along with Dead Man (1995), many other films are referenced, including La Vie de bohème (1992) and Lola (1961). The film is based on Richard Rayner’s autobiographical novel Los Angeles Without a Map (1988). (Joonas Nykänen)