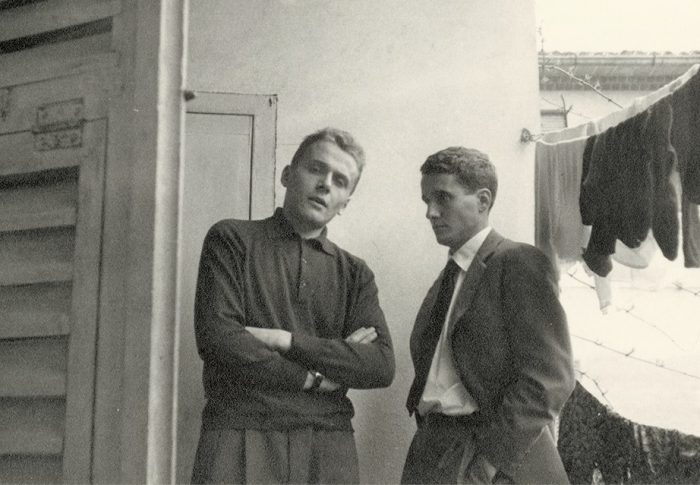 A director from the golden age of Italian cinema along with his colleague Paolo Taviani, Marco Bellocchio (b. 1939, visited MSFF in 2013) does not give up on his productivity or standards but continues in a more personal way: Marx Can Wait, a documentary film resonating on several levels, is a family analysis centred around the destiny of his twin brother Camillo who committed suicide in 1968. The whole post-war history of Italy steps in, as well as the questions of Catholicism and left-wing politics, when Marco Bellocchio examines the aching tragedy after decades have passed. His closest relatives (five out of eight siblings are still alive) gather in their hometown Piacenza and start to talk things through. The recollections vary and collide.

This film is not only about the personal history of Camillo and the family but also about understanding his traumas as well as about guilt and reconciliation. A priest and a psychoanalyst have their word to say, too. Marco Bellocchio stays in the background, makes no excuses, and spares no effort but seasons the conversations and documentary glimpses with revealing family clips from his production ever since the film Fists in the Pocket (1965).

Marco Bellocchio (b. 1939) rose in the 1960s to wave the Italian flag in the film world together with names like Bertolucci and Pasolini. Fists in the Pocket (1965) was a black, metaphorical comedy of a diverse family, China is Near (1967) a farcical analysis of the extreme left and In the Name of the Father (1971) a depiction of a Catholic boarding school. Despite his varying works in the 1970s, his star declined although the pace did not abate. My Mother’s Smile (2002) discussing religion meant a glorious comeback reinforced by Good Morning, Night (2003), a depiction of terrorism, and by the Mussolini-themed Vincere (2009). This year there will be two more feature films! (Timo Malmi)