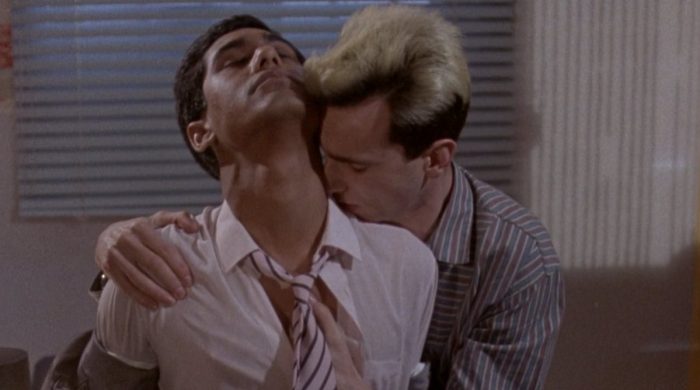 My Beautiful Laundrette was a breakthrough for many a prominent British filmmaker: it expanded Stephen Frears’s TV career to the big screen. The director has subsequently gone on to work in both film and television. This film also started out as a TV production. Screenwriter Hanif Kureishi’s work as an author only really took off after My Beautiful Laundrette – he had previously written plays. The film was the first to reveal the talents and range of master actor Daniel Day-Lewis. It is telling that Gordon Warnecke, who played Omar, the protagonist of Kureishi’s script about discrimination against non-whites, did not get his career off the ground with this film, but was stuck in a TV career already from his next role.

In the portrayal of Omar’s impoverished intellectual father and ruthless entrepreneurial uncle, Kureishi drew from his own Pakistani-Indian family. My Beautiful Laundrette is a crystallisation of Thatcher’s Britain, where multiculturalism traverses in the racist afterglow of the fascist National Front’s decline in popularity. Love may save Omar and Johnny from their backgrounds, but what happens to Bilquis (Charu Bala Chokshi), struggling to break away from traditional womanhood? Can she make her escape, or will she meet the fate of Omar’s mother?

This modern classic reminds us what a treat it is for the eyes to see a motion picture shot on film. It’s similar to what listening to a vinyl record does for the ears. (Hannu Björkbacka)