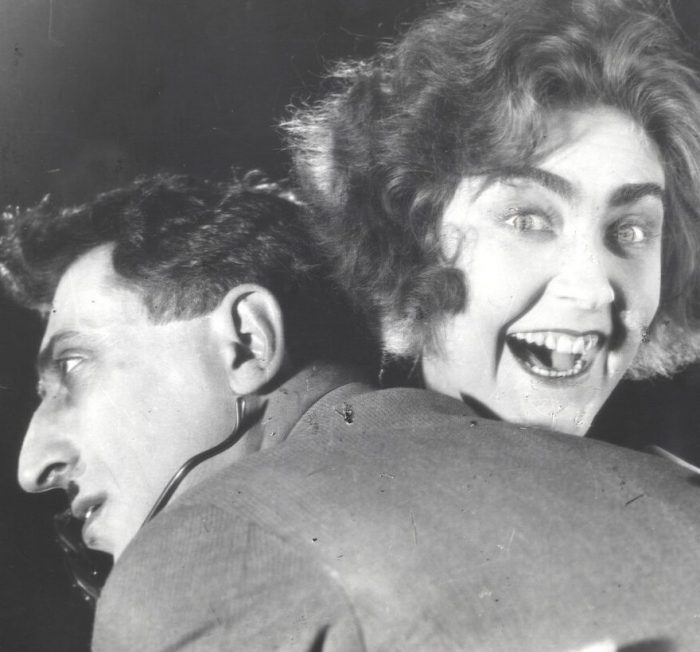 We can’t say we know too much about the history of Georgian cinema, although some may remember Otar Iosseliani, a master of dark comedy who visited our festival in 1989. Our silent film discovery for Saturday, My Grandmother (Soviet Georgia, 1929) is a unique, untamed gem and a bundle of joy – “discovery” being the operative word, since the film was banned in the Soviet Union for nearly half a century.

During his career, Kote Mikaberidze (1896–1973) directed less than ten films, and this debut film got the artist – who also worked as an actor, painter, and animator – into immediate trouble with the authorities. The final straw was a two-year jail sentence received in 1957 for anti-Soviet statements and criticism of the film administration establishment. As a result of the same frictions, many of his later plans were never realized, but his reputation has since been restored, and the year 2018 saw the publication of an English-language monograph on Mikaberidze spanning more than five hundred pages.

My Grandmother is an event in itself. The basic plot with its extensive and memorable cast of characters starts to unfold when a top-level bureaucrat is fired from his cushy job and starts to look for a “grandmother” or an influential bureaucratic patron. Letters of recommendation travel through cogs in the system, and everything ends in chaos, the partial rise of the oppressed and a mural calling for death to lazy bureaucrats.

The antics of the revolutionary heroes of working class are presented in such an absurd light that the political message of the film wasn’t clear enough for the censors. Mikaberidze’s vision is a unique combination of Gogol’s The Overcoat (1842), a foreshadowing of Wilder’s The Apartment (1960), the orgastically energetic montage blizzards of Vertov and Eisenstein, enthrallingly eccentric avant-garde satire, cartoon animation, Charleston accents and surreal dark humour. This overtly experimental film is teetering on its very own ledge, utilizing all camera and editing tricks available, and there are no shock values missing from the dissection of office and work culture. A statue coming to life and moving about bare-naked is followed by cigarette butts and spitting. As bureaucracy is trapped in the maelstrom of slapstick, the result is Kafka with a cream pie and two-by-four…

In our climactic Saturday screening, Mikaberidze’s unknown masterpiece is accompanied by our old friends, the band Cleaning Women, whose singular sonic worlds are guaranteed to create frenzied parallels to an already deeply musical and visually ferocious sight.