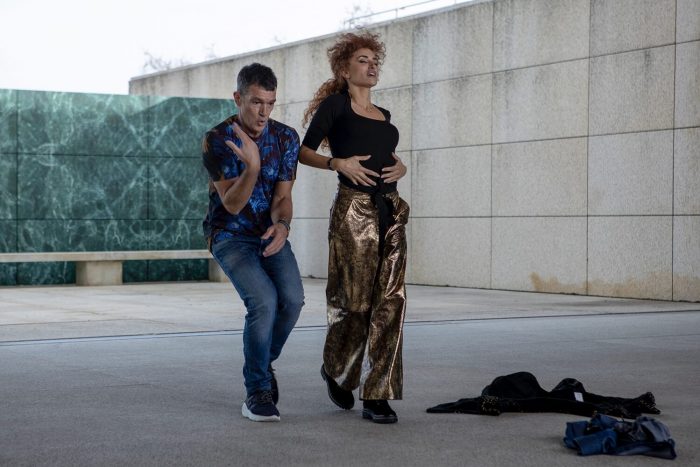 Exploiters of the billionaire industrialist variety have the understandable need to look good to the world; and so, quite often, they try to get a reputation for being educated and fine-minded by financing art projects. The capitalist scumbag in question here decides to bankroll an artistically astonishing film that will score big time at festivals – while also making its budget back. For that operation to be successful, he offers the arthouse-crowd-hippest female filmmaker around carte blanche, as long as she works with the two biggest actors around: Lalaland Latin lover Félix Rivero and avant-garde stage super guru Iván Torres. Nope, not a match made in heaven.

Gastón Duprat & Mariano Cohn may not have anything new to say about the vanity fair that is film culture at its most high stakes ‘n cut-throat, but they do so with such panache and verve that all the silly jokes about fe:male ego bullshit and dumb power games feel fresh, intelligent and to the point, thanks in good parts to a trio of protagonists (Penélope Cruz, Antonio Banderas & Óscar Martínez) who obviously enjoy what they’re doing as it gives them ao. things the chance to sport haircuts that make them look like total morons. The best joke passes almost unnoticeably: Check out the acronym for the festival where the film they make has its premiere… (Olaf Möller)