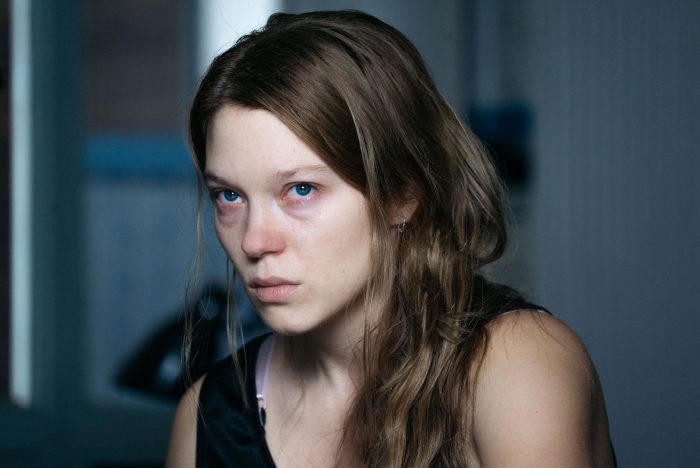 17 years ago in Roubaix, a run-down former industrial town located in Northern France near the Belgian border, a murder was committed. Léa Mysius and Arnaud Desplechin took a novel written about the murder and turned it into Roubaix, une lumière (2019). Director Desplechin was born in Roubaix and has set several of his films in the town.

Also grown up in Roubaix is the fictional detective Daoud (Roschdy Zem) whose roots are in Algeria. His character has been likened to a modern Maigret as well as Porfiry Petrovich of Dostoevsky’s Crime and Punishment. Daoud is a calm observer who trusts the justice system, understands his fellow humans, and is infallibly able to assess who is guilty or innocent. He roams the city paired with Louis (Antoine Reinarzt).

Two young women, Claude (Léa Seydoux) and her girlfriend Marie (Sara Forestier), are being interrogated as witnesses to a fire next door, but they are actually guilty of murder. Daoud seeks a motive for the deed and his investigations can feel either tormenting or enjoyable. Desplechin aims to depict police work as realistically as possible, so some of the film’s material is taken from a 2008 television documentary of Roubaix’s police station and all crimes covered in the film are based on reality. (MÖ)