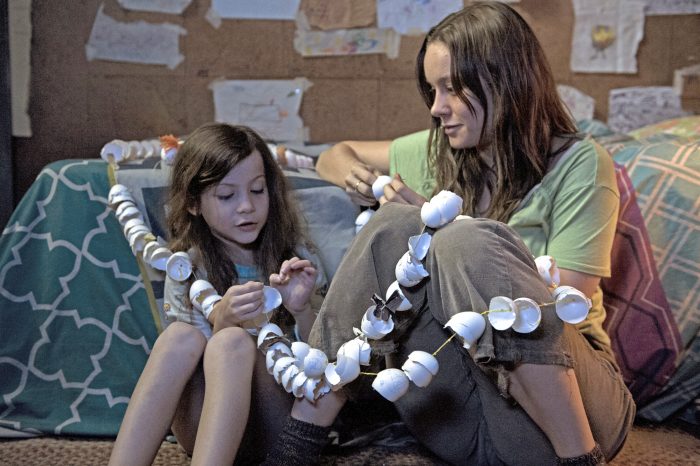 It’s Jack’s fifth birthday. After he and his mom have done their morning workout, they bake a birthday cake. For a while, everything seems normal, but when the image on the screen gets wider, one starts to notice that the walls seem to be a bit too near to one another. It becomes clear that Jack and Ma are being held captive in a tiny room. However, now Jack is old enough to hear the truth and it’s time for the two of them to put into action mom’s escape plan.

Ma (Brie Larson) has been kidnapped as a teenager and has given birth to Jack (Jacob Tremblay), the son of her kidnapper, in captivity. Jack has lived inside the walls of the room his whole life and sees the reality in a whole different light than his mother. Ma, however, has spent years deprived of the liberty she once knew, and it has numbed her ability to think clearly. She tries her best to keep the terrible truth at a safe distance from Jack through play and imagination, in the same way as Roberto Benigni in his role as a father in the concentration camp drama Life is Beautiful. For Jack, however, who knows nothing about the outside world, the room presents an entire world of its own full of opportunities. In the duel between horror and hope, motherly love proves its power by tilting the scale to the hope’s side.

At the heart of this, at times, claustrophobic film, there is magnificent acting by the phenomenal Tremblay as the little boy, and by Larson who won the Academy award for Best Actress for her role as Ma. Abrahamson’s gentle and empathic directing shows us Jack’s charming inner world, where even the creepy reality of being held hostage seems, at times, tolerable. (Otto Kylmälä)