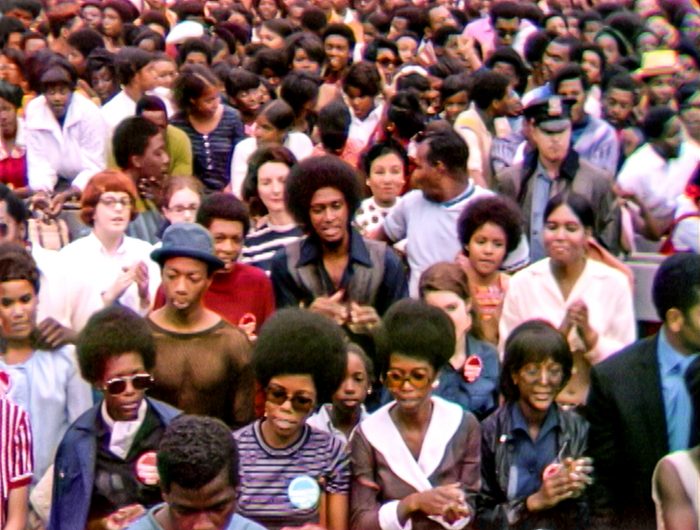 Original name: Summer of Soul (…or, When the Revolution Could Not Be Televised)

It was not until the 2010s that music documentaries began to receive the fame and award recognition they deserved. This year, the winner of the Academy Award for Best Documentary Feature, Summer of Soul (…or, When the Revolution Could Not Be Televised), was the amazing debut film by Ahmir ”Questlove” Thompson, known from the hip hop group The Roots.

The topic of the film is a music festival, held in the same year as Woodstock, where the Black community proudly claimed space for their own culture, but which was then left out of history books. The concerts of Harlem Cultural Festival, dubbed “the Black Woodstock”, were filmed, but the material was never screened anywhere. Now, thanks to Questlove’s documentary, this historical festival has found the fame it deserved.

The festival centered on the biggest names of the era. Via unique archive footage, we see one amazing performance after another from such acts as Nina Simone, Sly Stone, Gladys Knight & the Pips, B.B. King, and Stevie Wonder.

What elevates the film from a mere concert film is its historical perspective. The result is a rapturous hybrid of collage, 1960s zeitgeist and concert footage. The commentary provides background on society’s hot topics and tensions at the time. In the era of political assassinations and the struggle for civil rights, there was a genuine need for and healing effect from a communal summer of soul. (Otto Kylmälä)