THE CHRONICLE OF ANNA MAGDALENA BACH 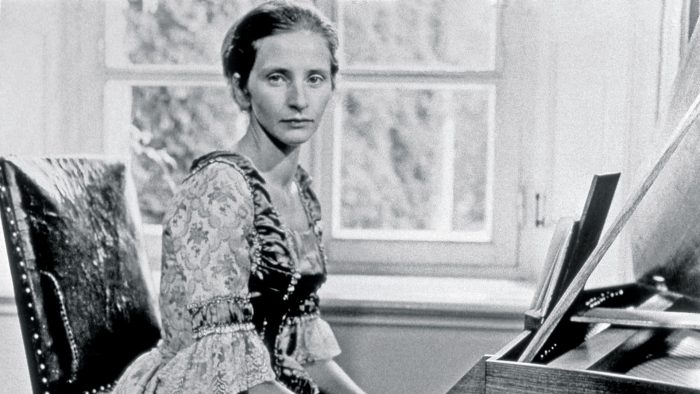 Sakari Toiviainen has characterised Straub’s and Huillet’s film in the following way, “a documentary about music and musicians, making music and playing music, and at the same time a fictitious biography, family story and love story, a depiction of an artist’s struggles and the conditions under which art is created, ultimately a social and political film” (Filmihullu 6/05).

Straub himself has said he used music as “raw material” for his film, not as a score or commentary. However, at the end of the day this is nonetheless a fiction because Johann Sebastian Bach’s second wife never wrote her memoirs. Besides his music very little documentation exists of Bach’s life.

The film starts with the widowed Bach’s and Anna Magdalena’s wedding and ends in the composer’s loss of sight and then life. In a voice-over, the wife monotonously but gently recounts the major events in Bach’s life, ranging from his work and financial worries to disease and death. The dramatic elements are stitched together by Bach’s soul-soothing music. (Lauri Timonen)