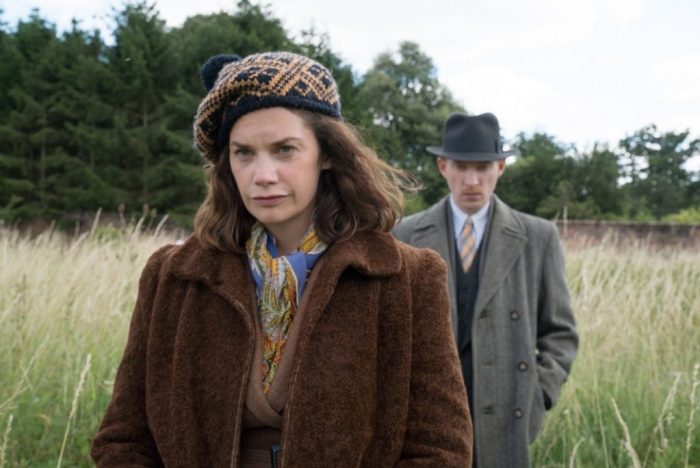 Warwickshire, West Midlands, 1948. Country doctor Faraday (Domhnall Gleeson) is called to Hundreds Hall estate to tend to a maid with a stomachache. Upon arrival he realises that the maid is fine, but the employers may need help; especially Rod Ayres (Will Poulter), wounded in war and inhabiting the large manor with his sister Caroline (Ruth Wilson) and their mother (Charlotte Rampling). The family takes the reserved doctor under their wing and gradually secrets are being revealed. Faraday grows especially close to Caroline who sees him as a means to detach herself from the obligations and burdens brought on by her family. The only time we see Caroline truly liberated is the night she attends a dance with Faraday. Ruth Wilson is the film’s centre as a woman struggling with the ghosts of the past and the hopelessness of the present.

Room proved Abrahamson’s ability to create an oppressive atmosphere and even though Hundreds Hall is hundredfold in size compared to the basement in Room the director confidently manages to make the viewer feel just as trapped inside the chilly manor. Those who are accustomed to seeing more traditional scares on the screen will learn that this time the mood is built with blocks that are quite different. (Sanna-Maria Nikula)