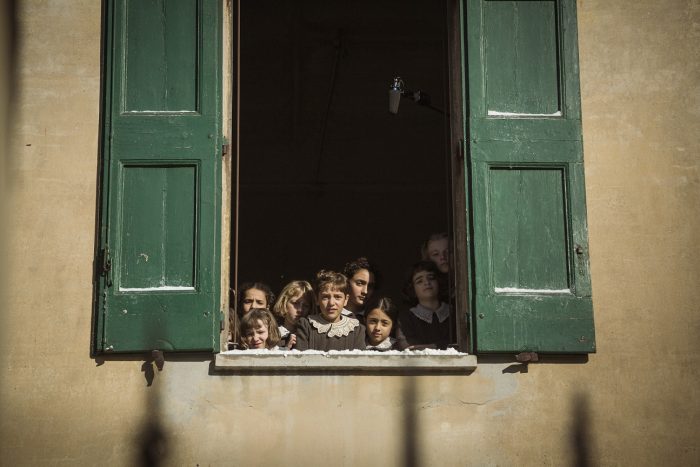 Alice Rohrwacher, whose two previous films Happy as Lazzaro (2018) and The Wonders (2014) both won prizes at Cannes, made a spectacular return to the festival with her latest film The Pupils, a 37-minute short, starring her sister Alba Rohrwacher. The film, produced by Carlo Cresto-Dino and Mexican director Alfonso Cuarón, has already attracted the critics’ admiration at Cannes, placing at the top of the jury lists.

When asked what the film is about Rohrwacher replied “It all starts with a cake”. The film follows the Christmas time of a Catholic boarding school in the 1940s and the lives of rebellious little girls who inhabit the place with nuns. Combining the themes of innocence, greed and fantasy, The Pupils was filmed on 35 mm film while other filming techniques of 40s film directors were utilised as well. The original score of the film is by the Finnish Cleaning Women – a very special band for the Midnight Sun Film Festival as they have composed and accompanied several silent film screenings at the festival during the years. (Sanna-Maria Nikula)