THE STORY OF MY WIFE 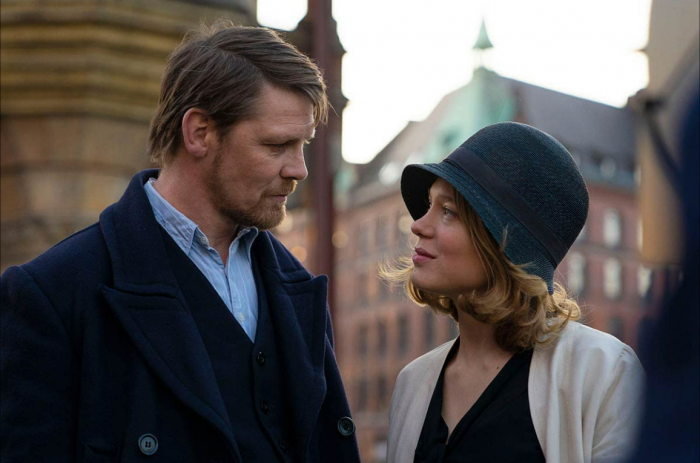 A Dutch seaman and his French wife are the core of Ildikó Enyedi’s new film. The ship’s chef recommended marriage as a cure for seasickness, and soon the captain is seen in a café telling his acquaintance that he will marry the first woman who walks in.

Set in 1920s Paris and Hamburg, the film is based on a novel written by Milán Füst in 1942, but the gorgeous set design and cinematography do not construct a classic arrangement of the story. Enyedi constructs the film with the following subheadings: On Practical Problem Solving, On the Labyrinth Called Social Life, On Losing Control, On the Power of Sensuality, On Chasing Reality, On Letting Go and Years Later.

The sincere captain can seamlessly control different circumstances at sea, but on land he is helpless and tormented with jealousy. Despite the film title, the perspective is of the bluff Jakob Störr, played by Gjis Haber. Léa Seydoux’s (The independent Bond-girl of Spectre and No Time to Die) character Lizzie is mysterious and mischievous but besides a couple of clues, her thoughts are not revealed further.

Keys to interpreting the film about the difficulty of understanding one another are given by Störr’s contemplation about how he would, one day, welcome his son to the world. He would tell about the simplicity of a man’s life and the monotonousness of work on a sturdy ship that could instantly turn fragile at the mercy of the sea; a tale of constant vigilance and the attempt to control the uncontrollable. (Marjatta Manni-Hämäläinen)