TIME WELL SPENT: A MASTERCLASS WITH JENNY, MIKA AND OLAF 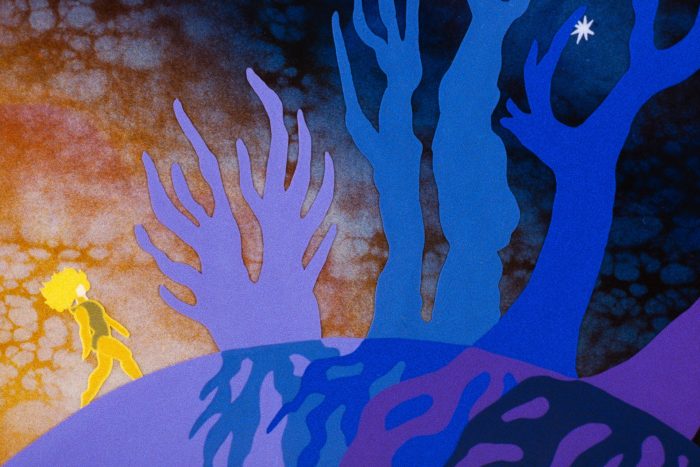 Time at its funkiest best is out of joint. You immediately recognize that state when eg. Vikings strum all hell lose with electric guitars and work the percussion section as if Valhalla had indeed risen, as seen in Bill Butt’s Video for The KLF’s America: What Time Is Love? (1992). Time out of joint is fun time, creative time – the time when all bets are off ’cause all things are possible, suddenly; which finally means: It’s the sphere of myths and mythology – of creating the stories that hold our world together.

We thought: Instead of each doing their own one slot thing, let’s make something together – something that also acknowledges that this is not cinema but a streaming something which works time-wise differently from a real festival with venues and people. Mika got the ball rolling with The Time Machine in alphabetical order, a work of truly bizarre humor based on one idea: Let’s create a different timeline for the story – A to Z. Every frame is there and accounted for and yet the story is a different one – a roller-coaster ride through one possible universe contained in The Time Machine (1960) by George Pal who had also rearranged his fate when he changed his name from Marczincsak György Pál to the one we all know as that of an animation and special effects magician.

Then Olaf threw in Dialóg 20-40-60, a variation on the theme of variation – one sans Aleatoricist poetry (as the decision for A-Z is as much a throw of the dice as the decision for 00:00:00 to 103:00:00), but one that’s heavy on repetitions, the way life is per Simon & Garfunkel, 1969, The Boxer: Now the years are rolling by me / They are rocking evenly / And I am older than I once was / And younger than I’ll be / But that’s not unusual / No, it isn’t strange / After changes upon changes / We are more or less the same.

Finally, Jenny moved ahead into the wide open, a film sans conceptual basis, an animation, of course, one, that’s radiant and exhilarating, a paean to cinema as total invention, a free-verse journey – carried by notions of destiny, of making happen what’s supposed to happen, fulfilling a prophesy: Fehérlófia. Mind that we cherish the accidental book-ending of this journey into many a morrow: It begins with re-inventing the work of a Hungarian artist forced into exile (and who’s no stranger to variation games as witnessed by his final feature gem, 7 Faces of Dr. Lao, 1964), and it ends with a creation for which every frame was painstakingly crafted by a band of Hungarians. And that is an accidental connection we discovered only now. (Olaf Möller)