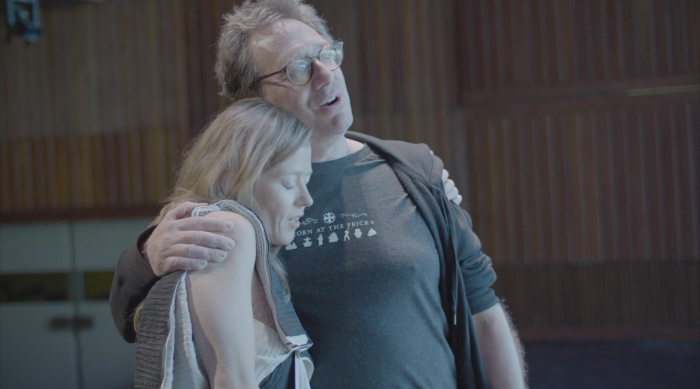 For 12 years already, Mathieu Amalric has dedicated himself to his dear documentary project that has reached its third cinematic realisation – and there is more to come. The title character of the documentary is John Zorn, musically ground-breaking jazz sax player and composer from New York. The film premiered at the renowned Cinéma du Réel festival in Paris and features Amalric’s Canadian spouse Barbara Hannigan, one of the leading sopranos in the world, at least as much as Zorn.

What is particularly interesting from a Finnish perspective is that – surprisingly enough – the third film revolves around Zorn’s Kalevala-inspired composition The Goddess. We get to witness the birth of a series of songs named after sections of the Finnish national epic. Correspondence between Zorn and Hannigan ”accompanies” the creative artistic process, in which the star singer struggles for four years to reach an interpretation that she is happy with. This uncompromising battle might agonise any creative artist.

Known as a director for his fictitious work, Amalric constructs his three-character film (Stephen Gosling on the piano) in brilliant fashion, maintaining the intensity and displaying his ability also as a documentarian. (Timo Malmi)