12th of June: Colour Splashes and Masters of Form 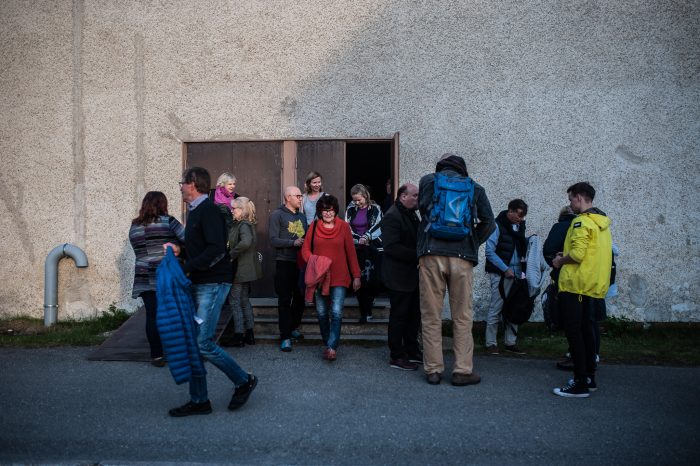 The 34th Midnight Sun Film Festival got off to a lively start with the eager festival audience queuing for tickets while the sun was promisingly peeking out from behind the clouds.

Head start for the festival was taken in the Small Tent where school children got to enjoy the screening of the French animation The Illusionist.

Festival visitors found their way to the new Cinema Kitinen. The inaugural screening of the new theatre was Darja Žuk’s festival favourite Crystal Swan which takes influence from the aesthetics of the subcultures of Minsk in the 1990s.

There was no shortage of recent international festival hits on the opening day. The School presented films such as Nadav Lapid’s Synonyms which won Berlinale’s Golden Bear Award, and the Karlovy Vary awarded surreal road movie Winter Flies. Olmo Omerzu’s film brilliantly reflects the situation of the Middle East.

The opening day offered a set of domestic cinema with a fresh perspective both new and experimental with movies such as Arttu Hagluns’s self-produced film Gone, Klaus Härö’s One Last Deal, Anna Eriksson’s M and short films from Finnish filmmakers.

A Carte Blanche setting of films orchestrated by documentarist Pirjo Honkasalo got off to a good start with Robert Bresson’s Mouchette from 1967. Lapinsuu movie theatre got its share of many impressive screenings. The atmosphere in the opening day screening was through the roof when it was time for the screening Fernando Meirelles’s The Constant Gardener, a modern classic that criticizes globalisation.

The audience was just as fascinated by the screening of Gabbeh, a colourful portrayal of a nomad village by the acclaimed Iranian director Mohsen Makhmalbaf.