June 15: Return to Sodankylä, charming novelties and a discouraging depiction of nuclear war 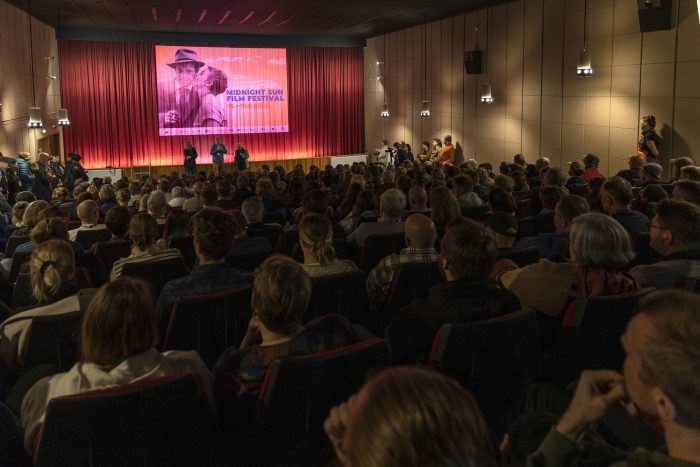 Three year wait was over as the Midnight Sun Film Festival returned to its familiar form on the shore of river Kitinen. In the opening day the weather was chilly but the atmosphere warm. Queues were present too, only shorter than before thanks to the new ticket pre-sale system.

The first screening launched already before noon as the cavalcade of awarded novelties was headed with Japanese Wheel of Fortune and Fantasy pulling a large flock to Lapinsuu cinema. Later that night we saw the pre-premiere screening of a modern French romance Paris, 13th District.

The official opening screening in Lapinsuu presented, as usual, the festival’s international main guests,
all of whom had some films shown already during the opening night. Festival’s artistic director Timo
Malmi commended the program for its’ variety of genres – from animation to western and from comedy to horror.

The opening screening, Nicholas Meyer‘s The Day After (1983) muted a full house of Lapinsuu
audience with a depiction of nuclear war. The director himself noted that the film is actually a rather
optimistic vision of nuclear annihilation. The aim of the TV movie was not to frighten viewers too much for them to change channel. After the screening Meyer recounted the attempts to censor the film and told about praising reception on both sides of the Cold War front. “My most significant achievement”, he
pondered.