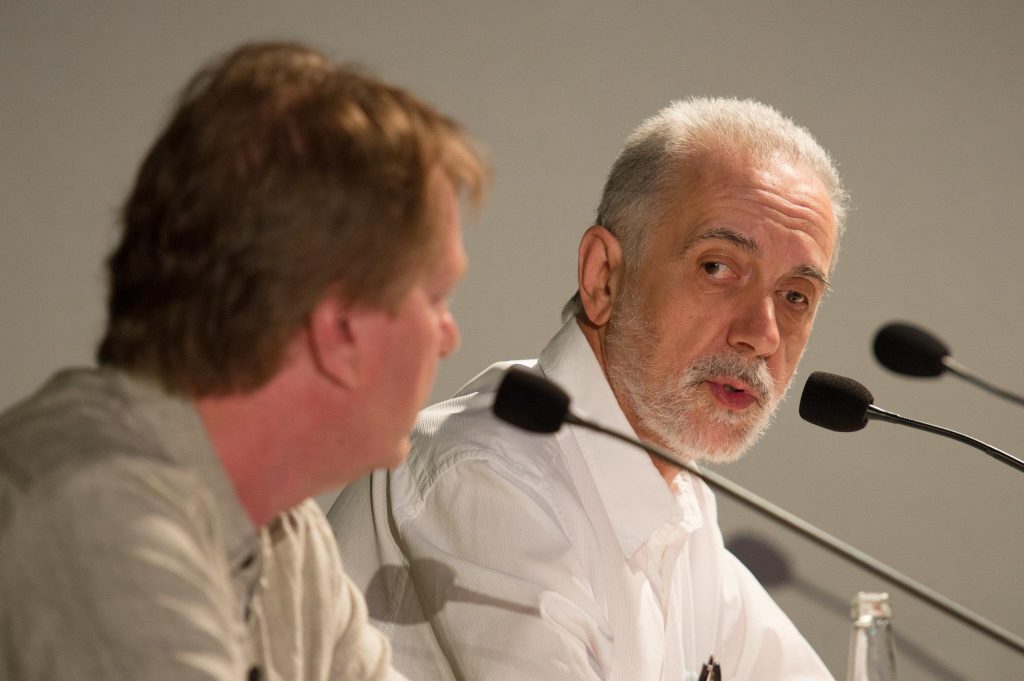 Born in 1955, the Spanish director Fernando Trueba grew up in Franco’s Spain among a flock of siblings. “Our home was like the Spanish Civil War”, Trueba joked at Saturday’s morning discussion, where he was interviewed by Mika Kaurismäki. Trueba’s father was a devout Franco supporter while Fernando and his brothers were reform-minded. This led to family feuds and discord.

The family, which encouraged Trueba to study, lived in a Madrid neighbourhood scattered with movie theatres, and it was in these small cinemas that Trueba received his introduction into the world of cinema. The films they screened were mostly westerns, comedies and war movies. “A movie theatre was a perfect place to hide when you skipped school, because it was dark inside.” Trueba realized early on that there is a certain order to cinematic expression. “I was watching the map of the movie on the screen. I had the feeling that there is someone there.”

The young film enthusiast was drawn to study film at the university. According to Trueba, he was a typical cinephile, spending his days at the library and nights at the film archive. Trueba ended up quitting his studies, which were too theoretical for him. Instead, he began making short films and writing film critiques.

The last three years of Franco’s regime were chaotic. “There was no freedom, but we were taking our liberties.” When Franco died in 1975, everything changed. With his debut film Ópera prima (1980), Trueba wanted to express the voice of a new era and did not allow anyone from his father’s generation in the film.

Trueba won the Academy Award in 1994 with Belle Époque, thanking Billy Wilder in his famous acceptance speech: “I would like to believe in God in order to thank him. But I just believe in Billy Wilder. So, thank you Mr. Wilder.” Afterwards Wilder called Trueba and told him that passersby had been making the sign of the cross to him

.The award forwarded Trueba’s career, but Hollywood did not entice him. “You have to spend so much time talking to people and listening to so much bullshit”, he snapped. Trueba directed a Hollywood production with a Spanish cast, but he was not entirely satisfied with the film. He thinks Europe offers much more freedom to a filmmaker.

Trueba sees himself akin to the filmmakers of Golden Age Hollywood, in the sense that he makes films for the audiences. For him, cinema is a perfect artform, but modern Hollywood suffocates it under marketing and commercialism. “A festival like this respects cinema” he said, aiming his words to the Midnight Sun audience.

An early taster of Trueba’s current production The Queen of Spain was also shown during the morning interview. The film is a sequel to his earlier film The Girl of Your Dreams (1998) and continues Trueba’s collaboration with Penélope Cruz. As a desert island film the director picks Jean Renoir’s Partie de campagne (1936), but he says that he would sneak in his pocket also Billy Wilder’s The Apartment (1960) and Robert Bresson’s Pickpocket (1959).