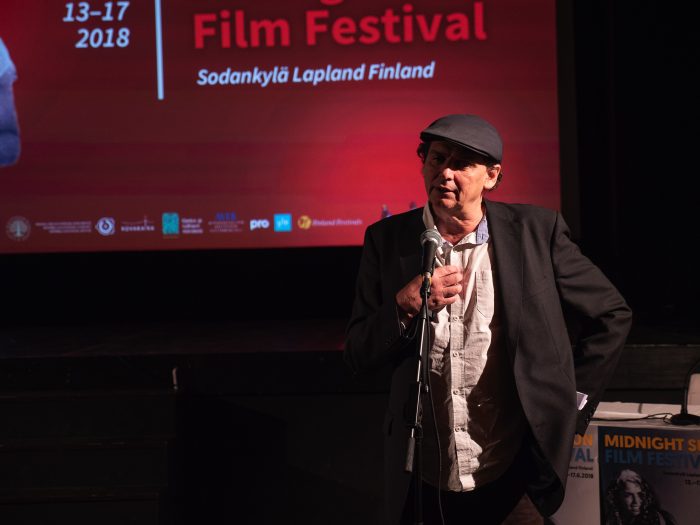 This year’s final morning discussion was with Spanish director José Luis Guerín, who is fluent in French. The interview was conducted by Otto Kylmälä.

The first film Guerín saw was the Disney classic Snow White and The Seven Dwarfs (1937). Guerín explained how the first film one sees is always an important experience, but also a traumatic one. The only remedy is to watch more films. He told that he has been a cinephile from early on in his life and never takes a break from watching films, only from making them. Thus Guerín describes himself more as a film watcher rather than a filmmaker.

Guerín never attended film school, since there were none in Spain during Franco’s dictatorship. The director said that his film school was the film archive. Guerín characterized the early stage of his film career as lonely, since he did not have many contacts among Spanish filmmakers. He mentioned Victor Erice as an important contact and idol.

The line between documentary and fiction is central to Guerín’s film art. According to him, all film characters are developed by choosing and limiting. Paintings are an important source of inspiration for Guerín. He said that classic paintings always consist of a well directed and carefully built scene. Paintings are the original art of mise-en-scène, so there is a strong tradition of painting in cinema.

Guerín mentioned that in order to make a living as a filmmaker, you also have to either teach or make commercials. He does not want to make commercials, so he teaches. In his teaching Guerín prefers workshops to lecturing and sees film education primarily as a dialogue with other filmmakers.

The final question about his desert island film made Guerín ponder for a while. He ended up picking Danish director Carl Theodor Dreyer’s Ordet (1955), since we are in the North right now.