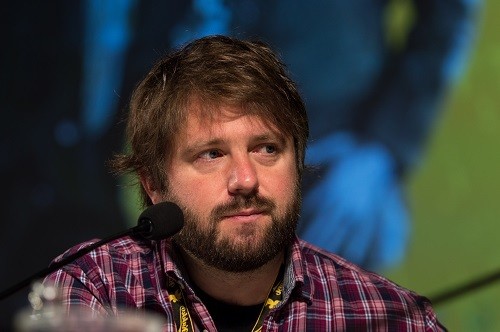 Icelandic director Dagur Kári was born in France’s Provence, where his parents were studying. The family moved back to Iceland when Kári was three years old. He describes his childhood as normal and middle class. “At times I have even felt jealous of my director colleagues who have been able to take inspiration from their childhood traumas.”

Although Kári saw a lot of, for example, Chaplin films in his childhood, the film that made a real impression on him was Kurosawa’s Dersu Uzala (1975), which he saw with his father. Icelandic films were a rare treat at the cinemas and half the nation went to see them when such films were screened. The young Kári was interested in drawing, writing, photography and music, but felt that he should concentrate on just one thing. At an Icelandic film festival he got the chance to see films by directors such as Wenders, Kaurismäki and Jarmusch. ”It was like a revolution for me. I discovered a tone that resonated heavenly in me.”

Cinema enabled Kári to combine his various fields of interest. He studied film in Copenhagen – the two-year course was a kind of introduction to the world of cinema for him. For a film student ”a film school can set up frames and give guidance, but the road to becoming an artist is unique for each individual”.

Kári’s debut feature Nói Albiino (2003) was shot in Iceland. He had amassed a lot of material concerning the main character even before he started studying film. ”He was like an alter ego to me and I wanted to cut the ties with him. But not in order to forget about him.” Kári’s relationship to Nói, and all his other characters, is very humanistic – he does not look down on them. His films are often born from characters, not from stories.

While the script for Nói Albiino was developed in detail before filming began, Dark Horse (2005) was more improvised. ”I combined something that is very fixed with something very loose.” Virgin Mountain got its start from a character once more, but it was also based around a certain actor. Already 20 years before, Gunnar Jónsson had made an impression on Kári with his strong presence in a supporting role on a television series.

Kári had almost given up on filmmaking after his experience with shooting The Good Heart (2009) in The United States. The American system with its agents and other middlemen caused a down period of several years in the director’s career. His first daughter was born and turned four years old before Kári finally began filming again. He had returned to school to study composition, but returned to directing with Virgin Mountain (2015).

Icelandic cinema is flourishing at the moment, but Kári finds it hard to give just one reason for this. On a small island populated by few people, filmmaking, as well as maintaining a symphony orchestra, may seem insane: ”we are fighting with the impossible but at the same time everything seems to be possible”. There is a sense of creativity in the air.

In addition to cinema, Kári names soccer as another passion of his. To a desert island he would take with him Woody Allen’s film Play It again Sam (1975).