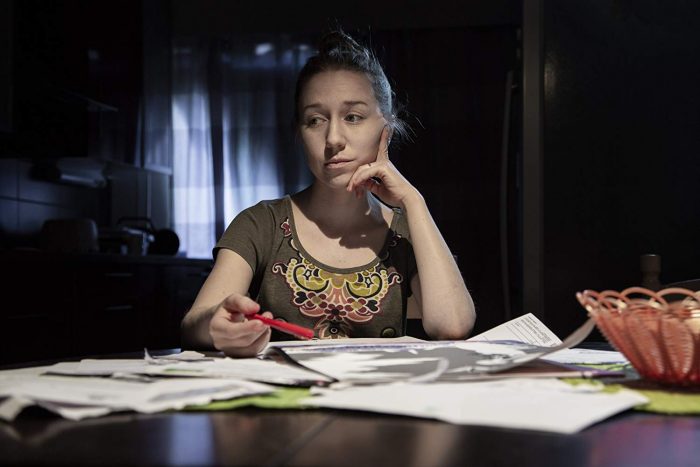 One can make movies if one feels like it. Arttu Haglund’s first, self-funded movie Gone (2019) was kicked off nine years ago when screenwriter Avi Heikkinen sent his idea to the director. The high-quality outcome does not pale in comparison to more expensive productions; the expressions are solid down to the details. It’s almost like Stephen King captured male anxiety in the average, mediocre role where the middle-aged family man Matti (Panu Tuomikko) finds himself trapped. Home, work… People speak their mind without actually saying anything. Everything is fine. Everything is gutless, running out of air. When the tension gets too much, Matti literally springs to freedom.

The inability to communicate is completely understandable from a psychological aspect and it leads deep down to the origins of exclusion. The simple but beautiful dialogue conveys more emotions than an overabundance of words. None of the characters is reduced to a simple caricature but each subtly evolves into a real person. Matti’s extreme adventure Gone is an effectively thought-provoking story with a big heart. (MÖ)