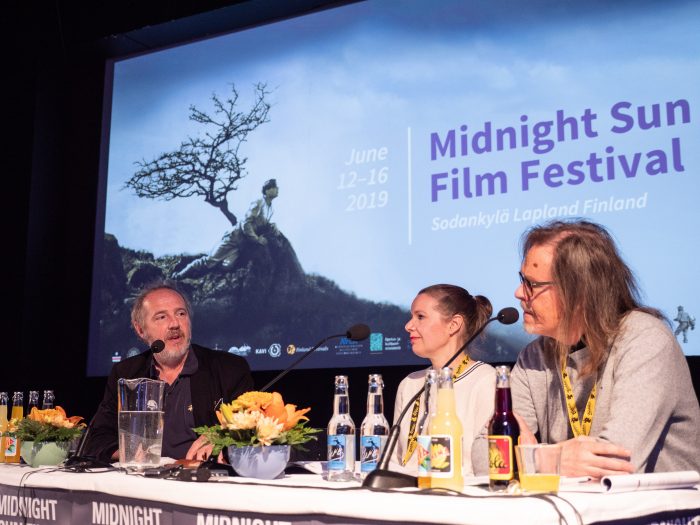 As the French New Wave was blooming in the 60s, director Arnaud Desplechin was born in the small town of Roubaix, known for being the poorest town in France. During his childhood, Desplechin found his getaway from books and watching films on TV at his grandparents.

“I was a sad child, far away from Paris. I was trapped in my house and just read books. Through them I could flee away.”

The ambiguity and complexity of images fascinated the young cinephile. Desplechin knew from early on that he wanted to work with films, but never thought he could achieve his dream from the periphery.

“I was amazed that the adult world is giving tribute to things that belong to childhood. I wanted to be a director, although I didn’t know what this person does. It’s still a mystery for me.”

Against all odds and his parents will, Desplechin got to film school in Paris. Since the 1990s, he has made it as one of the most notable French filmmakers, creating cohesive and recognizable oeuvres. Desplechin depicts a certain lack of vision that has always existed, cruelty towards people who are unsure in the midst of life’s abundant offerings.

“I am hiding myself behind each of my characters,” the director admits.

Desplechin has gradually assembled his regular cast and crew, including Mathieu Amalric, Emmanuelle Devos, Thibault de Montalembert, Emmanuel Slinger and even his brother  – Fabrice Desplechin. As we know from film history, this has been a necessary requirement for most great filmmakers in directing outstanding films.

Desplechin’s recurring character, Paul Dédalus (Mathieu Amalric) is a similar icon to his director as Truffaut’s Antoine Doinel, repeatedly played by Jean-Pierre Léaud. Dédalus is a similar wanderer to Doinel, but from another generation: an unsure character that ponders on the existential, between education and companions. Besides having his main actors, Desplechin mixes different genres and actors from different backgrounds.

“I also love to show that we are all diverse, that we don’t always fit together. I want to show that there are so many ways of being a human. Each of us has our own voice.”

Having escaped the small city life through cinema, Desplechin is still using the aesthetics of Roubaix in most of his films – like in his newest feature Oh Mercy! (2019), premiering in Finland at the Midnight Sun Film Festival.

“I have certain directors I think when I wake up. One is Francois Truffaut, I was astonished by the art of his storytelling. But I’m particularly proud of having lived and embraced the premiere of Bergman’s Fanny and Alexander and (Lanzmann’s) Shoah. I was there at a right age, at a right time. These films shocked and inspired me at the same time.”

Desplechin mentions also Frederick Wiseman, Claude Lanzmann, Jean-Luc Godard, Alfred Hitchcock and Ingmar Bergman as important influencers to his filming career. But if just one movie should be chosen on a deserted island, Desplechin would choose The Age of Innocence by Martin Scorsese.

“I wouldn’t take Shoah with me, because it is quite depressing… But I could take The Age of Innocence, since it contains beautiful characters. It fulfills your eyes.”