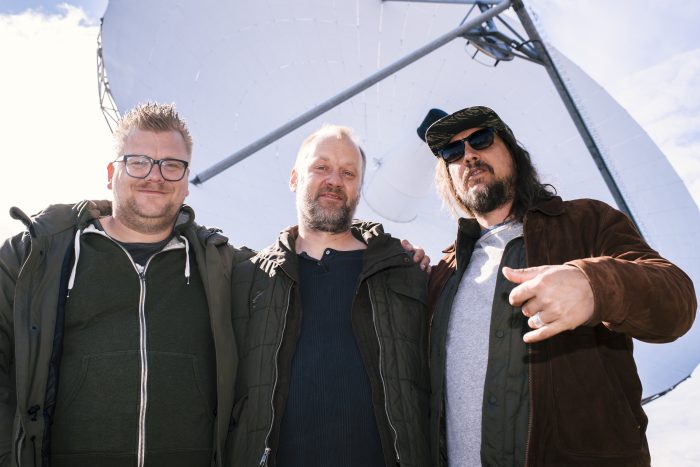 The worlds of art and science came together on Thursday June 14th at the Sodankylä Municipality House. At The Sounds of Space in Cinema seminar, representatives of the world of science and foley artists working in the field of cinema discussed sounds of space and especially the human experiences related to sound. During the seminar the audience got to hear sound excerpts of magnet storms in space, for example.

The discussion was moderated by docent Jyrki Manninen of the Sodankylä Geophysics Observatory. Manninen lectured on the sounds of Northern Lights. He was supported by professor Andrei Demekhov from The Russian Academy of Sciences. Demekhov talked about radio waves and audio frequencies associated with Northern Lights.

Elucidated with authentic excerpts of space sounds, the lectures demonstrated the complex relationship between aural and visual perceptions. A final consensus has never been reached on the sounds associated with Northern Lights. One theory is that the sound is caused by rapid changes in electrical and magnetic fields.

The audience got to ponder on the nature of human perception. This train of thought was indirectly continued by the foley artists on their section of the seminar. Nicolas Becker, Peter Albrechtsen and Heikki Kossi talked about creating soundscapes for films. Foley sounds are an essential component of a film’s soundscape and storytelling. As mentioned by the artists, “Star Wars would be a pretty boring experience as a silent film.”

A foley artist can create sounds ranging from the rustle of clothes to the creaking of floorboards, thus for example creating an illusion of a person being closeby even though they are not yet visible onscreen. Foley work involves creating an illusion in the sense that the onscreen source of the sound does not necessarily have anything to do with the actual way that the sound is created by the foley artist. The viewer will nevertheless associate the sound with the images onscreen.

The art and science discussions of the matinee both centered on the different ways that humans create a relationship between what they see, hear and experience. The foley artists and scientists both agreed that even though we can not know how a certain thing sounds in itself, we are at least able to tell how they sound to us. Although differing in terms of methods, both the artist and the scientist are tasked with trying to understand our relationship with the world.