Etusivu / News / News / 14th of June: Masters of Film and Echos of Underground

14th of June: Masters of Film and Echos of Underground 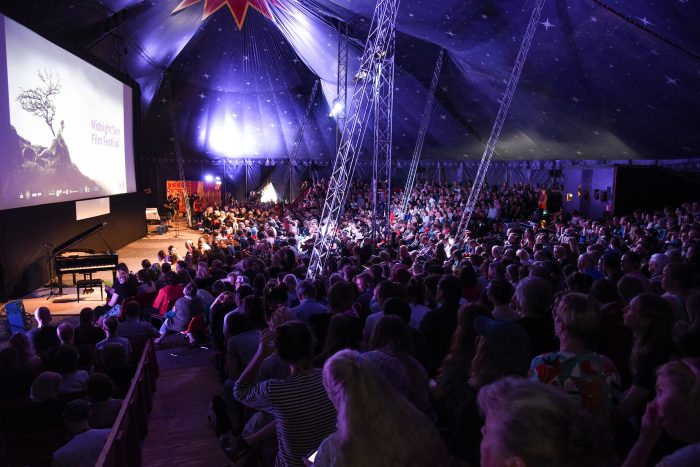 Friday started with director Mohsen Makhmalbaf´s morning discussion at the Kitisenranta School that was followed with the screening of his masterpiece A Moment of Innocence (1996). In the afternoon, the Small Tent offered a discussion with professor Elina Knihtilä, the chairman of the Trade Union Pro, Jorma Malinen and filmmakers Anssi Mänttäri and Reetta Huhtanen discussing about the fairness at work with the host, journalist Iida Siimes. The discussion touched themes such as the #MeToo movement, position of the worker, exercising of power in the cultural field and the capacity of empathy and impact in fiction.

In the heat of the afternoon at Cinema Kitinen, Pirjo Honkasalo presented two of her favourite documentaries, Anna Zamecka’s Communion and Forough Farrokhzad’s The House is Black. She wanted to also pick movies from female directors to her Carte Blanche set of films. Honkasalo says that women are often excellent filmmakers as they have the gift of seeing small details and transforming them into something much bigger. In his Friday’s early evenings masterclass Kent Jones introduced Djibril Diop Mambéty’s Touki Bouki, the self-taught director’s landmark film. The Senegalese virtuoso wanted to reform and shake the familiar imagery of African cinema. According to Jones, Mambéty succeeded in creating a new, genuinely African cinema with its own unique style of narration. Touki Bouki was part of a restoration project of the World Cinema Foundation that Jones is a part of.

In the evening, the Big Tent was filled up with audience when it was time for the screening of Anthony Asquith’s silent movie A Cottage on Dartmoor accompanied by multi-instrumentalist Stephen Horne. Two works of art met, with Horne creating a magnificent world of sound to the dramatic and humorous black-and-white classic.

Mika Taanila’s masterclass explored the world of the underground film of New York in the 60s. The documentary Barbara Rubin and the Exploding NY Underground tells a story of the pioneer of the industry. “The underground industry was always regarded as dominated by men, but luckily history is being reread over and over again and we start to get a better understanding of the people who created the new American cinema”, Taanila explained in his introduction. After the documentary, two projectors reflected simultaneously Barbara Rubin’s only fully preserved film, Christmas on Earth.