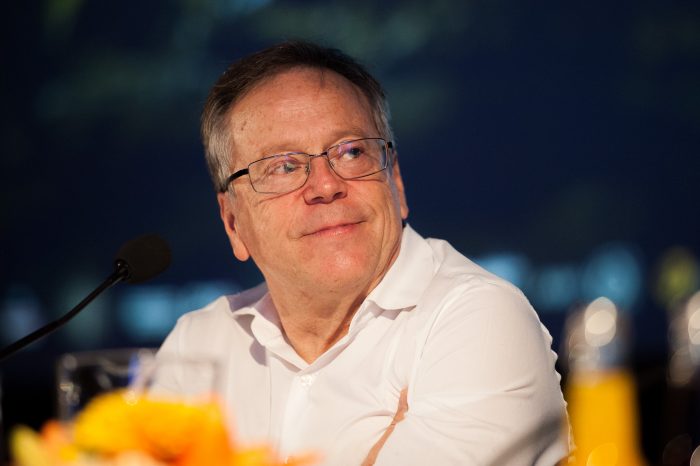 On the Saturday morning discussion, Brazilian director Fernando Meirelles told about his versatile career, which has included various works from video art to successful international films and from experimental TV series to opera.

Meirelles remembers his first film experiences are related to his father’s movie clips which were shot on 16mm film. However, the career as a director was not Meirelles’s original plan. He grew up in São Paulo and after discontinuing his biology studies Meirelles studied architecture. He decided to become a filmmaker after seeing Jorge Bodanzky and Orlando Senna’s Iracema (1975). It was a film that combined fiction and documentary such an exceptional way and was so impressive for Meirelles that he decided to make a short film as his final project and, as a result, made his introduction to the film industry.

“I always want to get involved in projects that make me feel insecure. The topics I don’t know much about and I usually even regret, that I agreed to take on such an impossible idea. For some reason, these work the best in the end.”

Meirelles wanted to film José Saramago‘s novel Blindness, but because of the copyrights, the plan was almost canceled. One of the luckiest coincidences on Meirelles’s career was when the publisher of Saramago asked if Meirelles would be interested in directing Paulo Lins‘s novel The City of God. After a short moment of hesitation, Meirelles grasped this opportunity and chose a completely different topic.

Meirelles’s The City of God was screened at the Cannes Film Festival and was a great success. The film was followed by another success, The Constant Gardener (2005), after which Meirelles announced that he would stop making movies. However, he went back on his decision, as he finally got the opportunity to direct a film adaption of Blindness (2008). The film was followed by 360 (2011) and then Meirelles returned to TV series. Even after that the director has still broken new ground.

Trying something new has always inspired Meirelles. He has directed, for example, the opera Les Pêcheurs de Perles in 2015 and the opening ceremony of the Olympic Games in Rio de Janeiro in 2016. Currently, the director has many projects in progress, including a climate crisis series for the BBC, a science documentary and the feature film The Pope produced by Netflix.

Meirelles would bring the film Iracema with him to a deserted island. That movie which originally encouraged him to become a director.