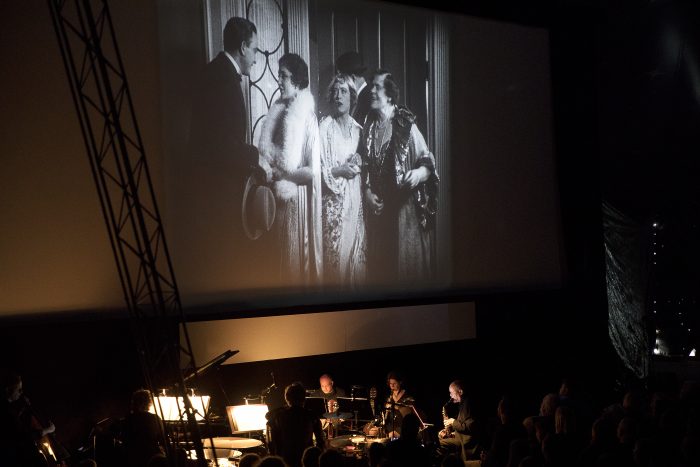 Friday morning started off with Olaf Möller interviewing Dominik Graf, the master of German genre films and tv productions. The morning discussion opened new perspectives on the history of film and television.

Möller’s series of Master Classes focusing on football films continued in the afternoon with the screening of Zoltán Fábri’s forgotten classic Two Half-times in Hell, which is set in a prison camp. According to Möller, the film deals with the myth typical for many football films that playing football represents sacrificing oneself for the greater good.

In the afternoon at Lapinsuu, the audience got to ponder on the ambiguous and humane themes of Mahamat-Saleh Haroun’s Dry Season, set in the long civil war of Chad. The same humane theme continued in the evening at the Big Tent with a screening of the director’s A Screaming Man.

This year’s Carte Blanche series of films was chosen by author Kjell Westö. On Thursday there was a screening of Matti Kassila’s Scarlet Week, and as Friday’s film Westö had chosen Luis Buñuel’s The Exterminating Angel.

French director Olivier Assayas made an impressive return to The Midnight Sun Film Festival by introducing Ingmar Bergman’s Winter Light in connection with the Bergman centennial celebration. Assayas delved deeply into Bergman’s psyche, relating to the audience the profound conversations he had with the master director while working on a book about him. Assayas estimated that he knows more about Bergman than Bergman himself did.

The evening screening at the Big Tent of King Vidor’s silent classic The Patsy was completely sold out. Accompanied by The Sprockets, the screening was a huge success, based on the bursts of riotous laughter heard from the audience. Sami van Ingen, the Finnish multitalent of experimental film, had chosen a selection of experimental shorts from the forties to eighties for late night’s Out in the Open Master Class. The humming of the film projector along with the hypnotic images created a reverent atmosphere at the Small Tent.