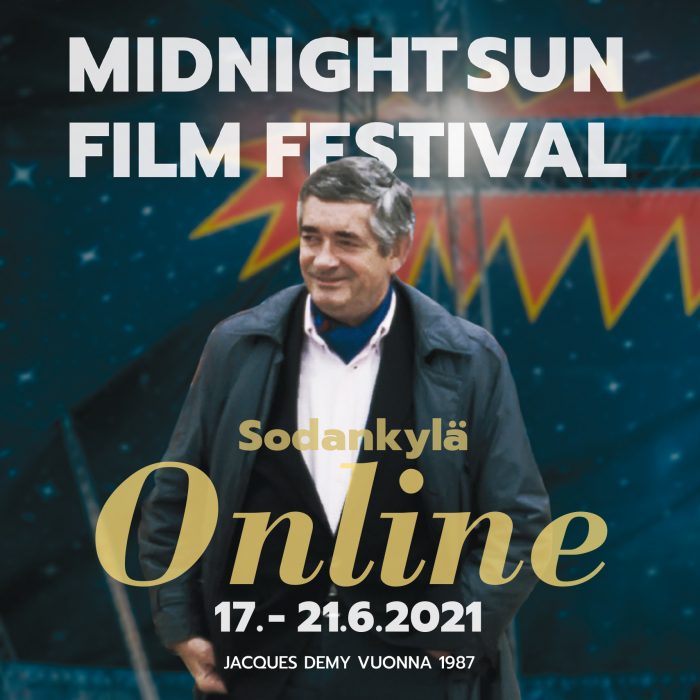 The 36th Midnight Sun Film Festival on June 17–21, 2021 will be held in accordance with the best traditions of the festival, as high quality as possible in the prevailing pandemic conditions. International top-level films are screened as an online festival throughout Finland. On television, Yle Teema presents “The Best of Midnight Sun” selection with special inserts, and the Finnish National Audiovisual Institute hosts a film series with the same theme in Helsinki’s Kino Regina later in the summer.

In order to continue to follow the instructions of the authorities and once again ensure the well-being of all viewers, guests, volunteers and employees, the Midnight Sun Film Festival organization will carry out this summer’s event as an online festival for the living rooms of the public throughout Finland.

“Even though the light of the projector is already reflected at the end of the tunnel, we will continue to hold our patience for a while and make the best possible festival for these conditions,” says Ari Lehtola, the festival’s executive director. “We have focused all our resources on providing our loyal audience with the brightest glimpses of the movie sky and other specialties. I believe that by working together and committing to each other, we will once again be able to embrace the most important part of the Midnight Sun Film Festival – the sense of a community.”

As a cross-section of the festival’s traditional repertoire, there will be numerous streamed film screenings, their presentations and expert master classes, as well as morning discussions with the guests from previous years edited from the festival’s unique archive.

The communal characteristic of the festival is realized in the return of the popular addition from last summer, the “Midnight Sun Festival Bar” group on Facebook. This online get-together invites the public to take part in various discussions and other activities themed around the festival program.

The diverse program will be announced at the end of May in a press conference on the festival’s own website. The schedule will be published on 1 June and tickets are sold beginning 3 June.

In addition to June’s main event, the festival and Yle Teema will continue their collaboration, which got its breakthrough last summer with the popular TV screenings of the “Deserted Island Films” classics. This time the theme is “The Best of Midnight Sun – 1987”, and the film are screened between 27 May and 17 June 2021. A series of more than twenty screenings on the same theme will be organized in co-operation with the National Audiovisual Institute (Kavi) at Kino Regina in Helsinki from the beginning of July to the end of August.

And of course, Midnight Sun Film Festival is returning to Sodankylä as well. Towards the end of the year and the pandemic allowing, the “festival palace” Lapinsuu will host extensive film education screenings for schoolchildren and kindergarteners.