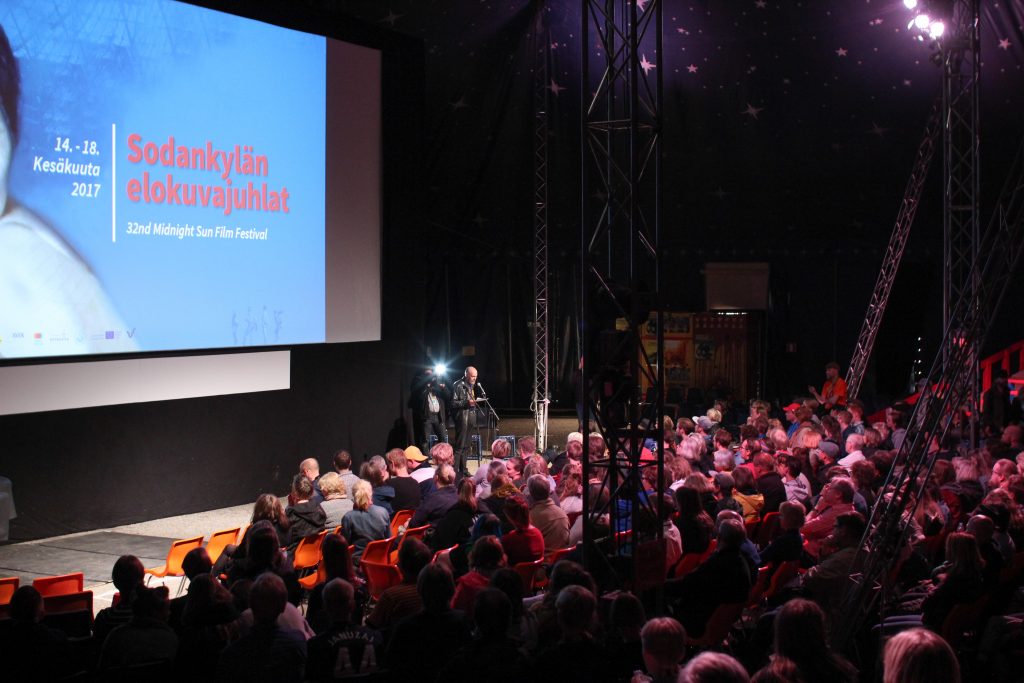 The 32nd Midnight Sun Film Festival got off to a sunny start on Wednesday as the festival goers steadily began arriving at the familiar northern festival grounds.

The festival celebrated Finland’s 100th anniversary with a matinee that dealt with the history of Finnish cinema. During the matinee some of Finland’s most highly regarded historians and cinema scholars discussed the rich legacy of Finnish filmmaking. The matinee culminated with reconstructions of two lost milestones of Finnish cinema: Teuvo Puro’s silent film Sylvi from the 1910’s and Nyrki Tapiovaara’s feature film Herra Lahtinen lähtee lipettiin from the 1930’s.

This year’s opening screening at Lapinsuu featured Rainer Werner Fassbinder’s classic of post-war German cinema, The Marriage of Maria Braun, which stars the brilliant Hanna Schygulla who is one of this year’s festival guests. Hobbyhorses took over The Small Tent, which hosted a screening of Selma Vilhunen’s internationally awarded  documentary film Hobbyhorse Revolution.

To the festival goers’ delight, Esko Valtaoja had picked Jean-Luc Godard’s French New Wave milestone La Chinoise to be screened at the festival at The Big Tent. Mika Taanila and Olaf Möller opened their series of Master Classes on Wednesday night with a screening of a series of short films concentrating on nuclear power.

All in all, the atmosphere at the Midnight Sun Film Festival was already up sky high on the opening day.