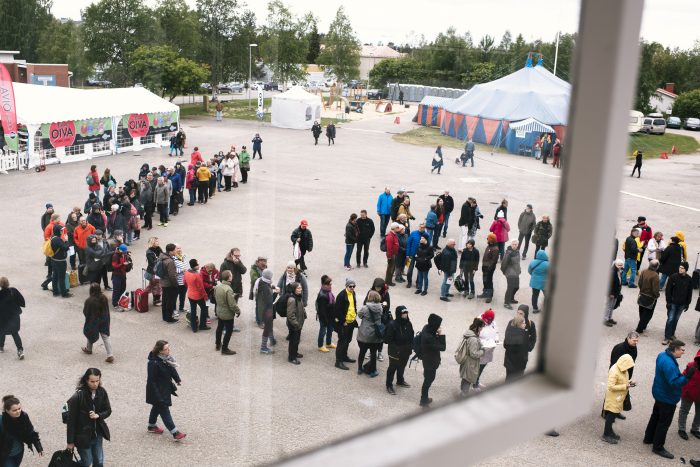 The 33rd edition of The Midnight Sun Film Festival started this Wednesday. Festival goers bravely lined up for tickets despite the somewhat cool weather.

The festival took a running start in the morning with The Eternal Youth of Cinema matinee. French cinema pedagogist Nathalie Bourgeois took the audience on a journey through visual storytelling and the history of cinema via legendary film scenes and film excerpts from films made by school children.

The tremendously popular opening screening of Mahamat-Saleh Haroun’s A Season in France led the audience on a journey through the emotional tempests of refugees.

Olaf Möller, one of the leading lights of The Midnight Sun Film Festival, premiered his Master Class series of football films at the School in the early evening. The audience got to experience the hilarious British murder mystery The Arsenal Stadium Mystery from 1939.

Mikko Mäkelä’s new Finnish Film A Moment In The Reeds got its Finnish premiere at the Big Tent on Wednesday night, while the Small Tent screened Katharina Wyss’ new Swiss film Sarah Plays A Werewolf, which afterwards inspired a lively discussion between audience and director.

Sound is one the main themes of this year’s festival, and it was introduced with a mindblowing post-midnight Big Tent screening of the Academy Award winning sci-fi spectacle Arrival.