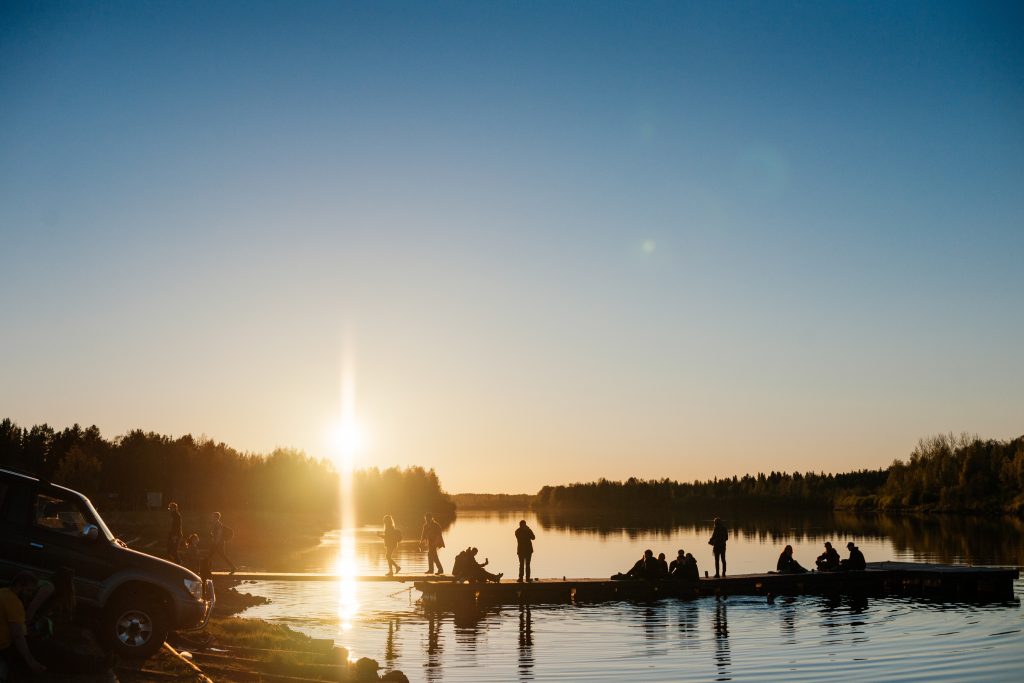 The first morning discussion of this year’s Midnight Sun Film Festival took place on Thursday. The lobby was bustling with people eager to listen to actress Hanna Schygulla. Before the actual discussion started there was a screening of the documentary Hanna Schygulla: Whatever the Dream Is (2012), directed by Schygulla’s friend Anne Imbert. Schygulla told the audience about her childhood in the middle of WWII and about working with directors such as Rainer Werner Fassbinder and Jean-Luc Godard.

In his afternoon Master Class, film scholar Lauri Piispa lectured on the lost treasures of Finnish cinema. Piispa used several archive photos to demonstrate how early Finnish filmmakers experimented with genre films. Enthusiasts of rare films were in for a treat, as the lecture featured excerpts of three partly lost films: Valentin Vaala’s Sininen varjo (1933) as well as Teuvo Tulio’s The Fight over the Heikkilä Mansion (1936) and Silja – Fallen Asleep Young (1937).

Science and cultured came together during Thursday’s science matinee at the Sodankylä Municipal House. The matinee – organized in collaboration with The Sodankylä Geophysical Observatory – took place for the second time this year. Heikki Nevanlinna released his book on the history of The Sodankylä Geophysical Observatory at the matinee, which also featured a guest lecture by space astronomy professor and science popularizer Esko Valtaoja, who lectured to a full audience about the challenges and possibilities mankind is facing.

Juho Kuosmanen’s silent films Romu-Mattila and a Beautiful Lady (2012) and The Moonshiners (2017) played to an enthusiastic audience at The Big Tent. Kuosmanen said that the idea to reconstruct The Moonshiners was given to him at last year’s Midnight Sun Film Festival. The tent was full of people jiggling with laughter at the endearing characters and their mishaps. The silent films were accompanied by Kino Orchestra Ykspihlaja, which is familiar from The Happiest Day in the Life of Olli Mäki (2016). The orchestra kept playing to a rapt audience after the films finished and the crowd was moved to dance in front of the screen.

On early Friday morning, enthusiasts of experimental films gathered to witness Mika Taanila’s Master Class. Taanila had assembled a series of five experimental short films, which he introduced as being increasingly abstract but also concrete with the aim of making the audience lose their sense of time and place for a while.