Etusivu / News / Uutiset / Classics and Finnish Premieres in the 2021 Programme

Classics and Finnish Premieres in the 2021 Programme 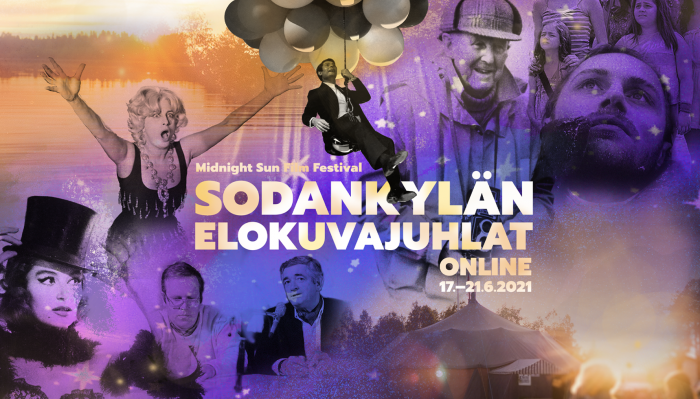 The Midnight Sun Film Festival takes place online between 17–21 June. The programme of the 36th festival offers more than 60 domestic and international films accompanied by numerous discussions and interviews. The film programme is only available in Finland, excluding the screenings of Finnish Cinema 90 Years Ago and the feature film There Will Be Spring by Annika Grof (Finland 2020) which are available worldwide. Discussions and interviews are arranged in Finnish.

Finnish Cinema 90 Years Ago is a collection of Finnish films released in 1931. The programme consists of five feature-length films and a screening of short films. The films of this programme are free-of-charge for the worldwide audience, and the programme is produced in cooperation with the National Audiovisual Institute (KAVI).

There Will Be Spring is a harrowing drama about war-broken people in 1940s’ Finland wavering between desire and hate. The film is the first Finnish film spoken in the Livvi-Karelian language. Other films in the 2021 programme are only available in Finland.

The Gems of New Cinema strand presents some of the most accomplished international films of recent years. Most films of the programme will have their Finnish premieres at the festival, including Wife of a Spy by Kiyoshi Kurosawa (Japan 2020), Dear Comrades! by Andrei Konchalovsky (Russia 2020) and The Nest by Sean Durkin (UK, Canada 2020).

Also, a number of new Finnish films will be screened at the festival Premiering are the feature-length documentary How to Kill a Cloud by Tuija Halttunen (Finland, Denmark 2021) and the short comedy The Bouncer (Finland 2020) by Aleksi Salmenperä.

There are also many classics in the programme that have rarely been seen elsewhere in Finland. For example The Man with the Balloons (Italy 1968) by Marco Ferreri and Documenteur by Agnès Varda (France, USA 1981) will finally have their Finnish premieres at the Midnight Sun Film Festival.

Several film specialists will give presentations and analyze films seen in the programme at special introductions. Introductions taking place online will be hosted by a leading film expert and verbal virtuoso Olaf Möller, animation expert Jennifer Barker, director Mika Taanila, an expert in Russian and Finnish film Lauri Piispa, professor of meteorology Timo Vesala and editor of Filmihullu magazine Lauri Timonen. For example films by Rainer Werner Fassbinder, Federico Fellini and Larisa Shepitko will be analyzed in the introductions.

In addition to the film screenings, the programme includes several discussions and other side events. The festival fun is completed with the virtual Festival Bar.